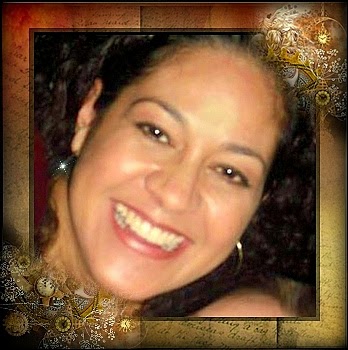 1. Tell me about your book A Love of Conviction and where you got your inspiration for it?

A Love of conviction is a sequel to my first novel A Friendship’s Love. The series is called The Settler Series and this book is the second of three. While I was writing A Friendship’s Love the Idea of Eliza came to me and the book really wrote itself. I wanted to highlight the convict woman part of Tasmanian history, so the events surrounding the story just came together.


2. Have you ever read or seen yourself as a character in a book or movie?

I have never seen myself per say as the character in a movie, but I definitely can immerse myself into a book and become that character if its written well. I could never name specifically which character as I have read many stories. But let’s just say I have sailed the high seas, eaten tea cake in an English parlour and slept in a tepee many, many times!

3. While you were writing, did you ever feel as if you were one of the characters?

Yes many times. I feel as though I leave a little piece of myself with each female lead I write. I know I’m doing it when I write (as unintentional as it is), but, that characteristic in me takes over and it’s sort of nice to lay that part of me out on the table in the form of someone else.

4. Have you ever hated something you wrote?

Of course! But that is what the delete button is for LOL

5. Do you push the elevator button more than once? Does it really make it go faster?

No! BUT, shhh, I do jump when the elevator goes down to see if I can suspend in the air a little. ;)

6. If you were the ruler of the world, what laws would you make?

Human nature, I think, will find a way to make things unbalanced even if I made a law concerning money, poverty, war. I think money is the root of all evil, so I would start there I suppose and see if I can fix the rest.

7. If you had to do it all over again, would you changed anything in your latest book?

My first thought is to say I would change it from first to third person. BUT, in saying this, and after some thought, I wrote this story this way for a reason. Whether it be that I was still exploring my writer’s voice, or that I was in the head of Eliza. Who knows? So to answer your question, no, I wouldn’t change anything.

BOTH there is no arguing that the new day brings a breath of fresh air. And a sun set can take that breath away.

9. If you could ask your future self, one question, what would it be?

Did you do enough?

10. Is there a message in your novels you want the readers to grasp?

Yes actually. But that is for each person to interpret. Ultimately, I wanted to provide a good clean romance that took you on an adventure and gave you the heart pulling strings of romance.

11. Would you rather be the good guy or the bad guy in a movie?

I am a real chicken, so I would want to be the bad guy, so that I wasn’t the one running for my life the whole movie. Because the bad guy may run, but they always believe that what they are doing is right. Therefore they would be less scared! That is my twisted take on it anyway. Like if I was in The Walking Dead, I would want to be the zombie. LOL

12. If you could change places with any of your favourite fictional characters and change one of their choices, who, what and why?

Clair from The Outlander Series. I wouldn’t leave. She missed TWENTY years of being with her man. No way would I miss a moment with someone I loved that much.

13. Do you watch horror movies on or from behind the couch?

I don’t watch horror movies at all. In fact, none of the kind are allowed in my house!!!

I chose my genre because Historical fiction is what I like to read.

After the hipe of this book is done (blog tours and the such) I am going to prepare my manuscript for Treasured Land. Hopefully that will be out four to five months after I publish A Love of Conviction. This book is not part of The Settler Series, it is a stand alone.

16. Which character speaks the loudest to you? Do any of them clamour to be heard over the rest?

Yes my head gets clamoured and I find it hard to focus, but not one speaks to me at once. I have to drown them out, sit them on a shelf in my mind and concentrate on the task at hand. When I finally hit publish, it’s like the character does a sigh of relief, they are done, out there, and it literally frees my mind and makes room for the next one.

17. What would YOU like the reader to know about your book or about you in general?

I would just like the reader to know that we exist. Australia has a history too. But I wanted to tell it my way, entwined within the pages of a fictional story. It’s all in fun, and maybe I will spark some interest. I want them to read this story and feel like they have been here. When it comes to me, I want the reader to know I write what comes to me, I am generally laid back, and like ive mentioned before, all my characters have a touch of me in them too. I can’t help that.

18. What sort of environment do you write in? (e.g. quiet room, a cupboard with headphones on, in a death match with the cat for control of the keyboard)

My writing environment has changed over the years from sitting on the lounge, kitchen bench, the floor! I take myself off to the beach to write, sometimes. But I am currently happily glued to a desk my husband made me from old pallets (he did a great job staining it my fav colours), and even got an old chair and fixed that up to match. It’s the sunniest place in the house and I overlook my courtyard, but if I turn slightly to my right, I see the ocean.

19. What was the point you realised that being an author was no longer a dream but a reality?

When I was writing every day. I have always truly believed, and always will, that this occupation will never make me rich, but it makes me happy.

20. How do you handle working with an editor without letting pride get in the way?

I have worked with three editors now, and proof readers and betas, and it’s hard at first. I researched (believe it or not) what to expect when I got my manuscript back, and I was alright. I think posting my stories on wattpad really hardened me for the experience. I had trust that they knew what they are talking about. BUT these are still my characters, people who I make up and belong to me, so when an editor tells me something isn’t right with one of them, I first ask “why” but then I put myself in a box, and think for a bit, and emerge ready to tackle the problem. A good editor writer relationship is so essential, believe me! They need to know that you may react a certain way too and be prepared for it. LOL

21. How do you deal with brilliant ideas that pop up while you’re writing something else?

I write the scene down in a doc I create for it, and let it flow, just to calm the voices.

22. If you were trapped in a room with Thor (Chris Hemsworth) and the world was about to end, what would you do?

23. Name something you do when you’re alone but wouldn’t do in front of others?

Sing and dance. I am so awesome at both ;)

24. If you had to give up one sense which one would you give up and why?

My hearing. Because I would still be able to see my children’s faces, the sunset and sunrise, and the computer screen. 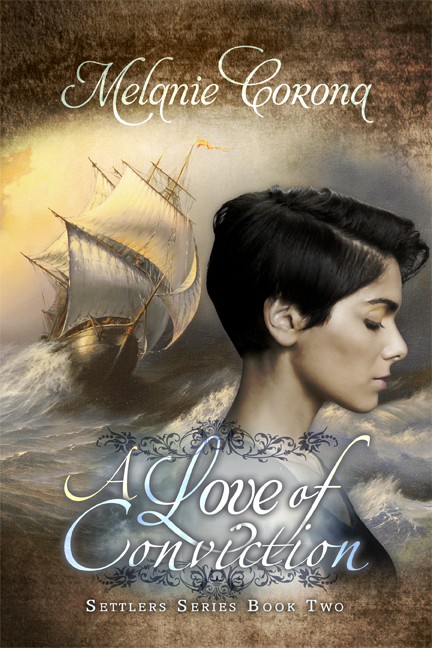 Eliza Taylor was convicted and transported for the crime of stealing. She suffers being put in chains, locked up and degraded, to the point where life holds no meaning. Kept prisoner in the dark hold of a ship, bound for a penal colony, Eliza is at the mercy of men, who at every turn, threaten to use her to their advantage. That is of course, until fate lands her at the feet of Lord William Townshend. His kindness and loyalty capture Eliza's heart. Oblivious to her growing feelings, William continues his journey on a quest for another woman, one he'd set his heart on marrying when he was a young man. When the winds of change reveal that his feelings may be turning her way, Eliza doubts her battered and wounded spirit will have enough strength to survive falling in love. Eliza comes to face obstacles she never dreamed she would face, but is determined to conquer them in order to gain her freedom. But the cost of her freedom is high, and the villainous sergeant in charge will do everything in his power to use her for his own vengeful purposes...

Melanie Corona was born in Darwin in the Northern Territory of Australia, and raised in Alice Springs (the very centre of the country). She has always loved reading and telling "tall tales" and wrote poetry all the time. Her greatest influence was her grandpa Majid who kept all the grandchildren entertained, constantly, with his stories, music and passion for writing.
Melanie didn't tell anyone she wrote when she started because she was too shy, and now, has no idea why she was like that. She has stories to tell and wants to share them with whoever will read them. “I am not, and never will profess to be an awesome writer, but I will try to entertain, while bringing to life the history of my country, one page at a time.”