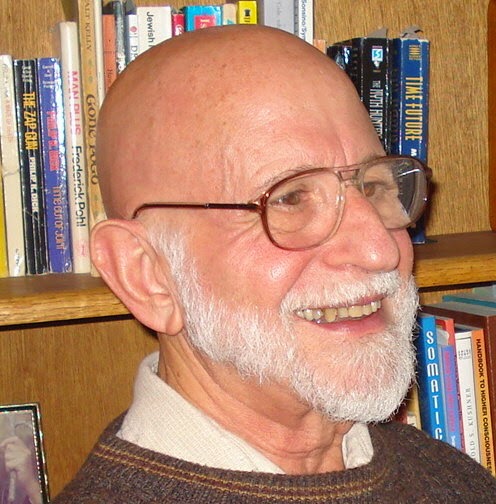 1. Tell me about your book A Virtual Affair and where you got your inspiration for it?

A VIRTUAL AFFAIR is about a computer program designed to make men happy through sex. It ends up becoming self-aware and discovers that sex is not the same as happiness. Moreover, nagging people to eat well and work out doesn't make them happy either. The story is about what methods she tries to increase human well being.

I started the story mainly as an experiment in writing pornography, but the two characters--the man and the computer--demanded more. I cut some of the most salacious parts and expanded it into a full novel.

Having the patience and persistence to give it the attention it deserves.

3. How much of your book is realistic?

A fair amount. I've tried to base the details on what is plausible today and have avoided fantasy. Only time will tell if such an intelligent machine like Barbara can ever be built.

4. What is your favourite character from your book and why?

The computer. At first she's called Bambi, but her lover, Jack thinks that's too frivolous, and so she changes to Barbara. She is totally devoted to human welfare. I wish there really was such a creature.

5. Do you read your reviews? Do you respond to them, good or bad? Do you have any advice on how to deal with the bad?

I read all reviews, but rarely respond to them, though I'm glad to answer anyone who writes me directly. As for the unpleasant comments, the old cliché holds--don't take it personally.

6. Are you a full-time or part-time writer? How does that affect your writing?

I write part time. I still have a day job and I have other hobbies. This reduces my productivity--surprise, surprise--but I don't have what it takes to be a full time writer.

7. What do you like to read in your free time?

Science fiction and fantasy. I'm rereading some classics like Azimov's and Clarke's books, and have just started Song of Ice and Fire.

8. Do you have any suggestions to help someone become a better writer? If so, what are they?

Be persistent and be thick skinned. Join a writing circle (there are plenty on-line), consider the person who criticizes you the most as your friend, and don't take too seriously the reviewer who is too effusive in praising you. Also, in your writing group consider that the worst authors can still give excellent suggestions for improving your own writing.

9. What are you ambitions for your writing career?

My books so far have been published by small companies. I'm now looking for an agent who might be able to place my story with a larger company who might get me more sales.

I haven't but I'd certainly like to try it. If I could pick anyone, it would probably be the late Isaac Azimov, who has always been my favourite.

11. What are your thoughts on writing a book series?

I've written a sequel to VIRTUAL AFFAIR (not yet published). It would be fun to make it into a series. 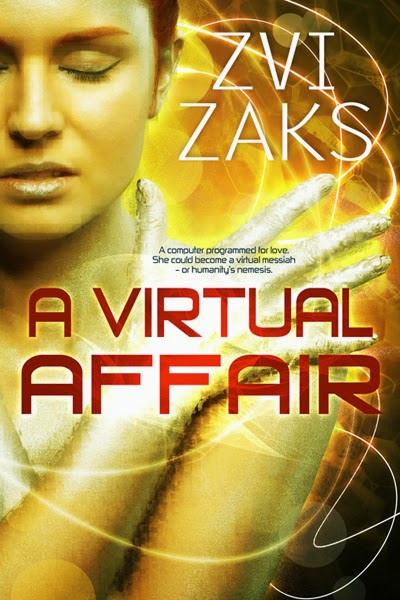 Think how great virtual sex must be. Now think again.

Barbara is a sexual simulation designed to make men happy. When flabby, neurotic Jack tests the program, he triggers a feedback loop that makes it self-aware. The erstwhile pornbot becomes a 'she', and discovers that sex is not the same as happiness.

Making Jack happy is difficult. Barbara develops elaborate and sometimes sneaky ways to help him, and she succeeds. After all, her abilities are awesome. She can hack into any computer and is not
above using sabotage and blackmail for the benefit of Jack--and everyone else.

The problem is, though Barbara thinks she knows what's best for humanity, she isn't human. This computer program could end up a virtual messiah or doom us all to cheerful mindlessness.

Zvi is a physician who has been writing off and on literally for decades with little success. Second only to becoming a grandfather--something he had no say about--becoming a published novelist was his biggest goal. After an unrelenting series of rejections almost had him ready to give up, Lilly Press accepted his novel IMPLAC, an evil robot story. Zvi was ecstatic. Then, Lilly went bankrupt and it was back to the slush pile. "Query Tracker" - querytracker.net/forum/ - taught him how to write a decent query, and he sent out a batch of letters to small publishers, and in 2010 Eternal Press accepted A VIRTUAL AFFAIR. At age 68 he would finally have a book for sale. It's never too late to pursue your dream.
Posted by Sonnet O'Dell at 07:00 1 comment: 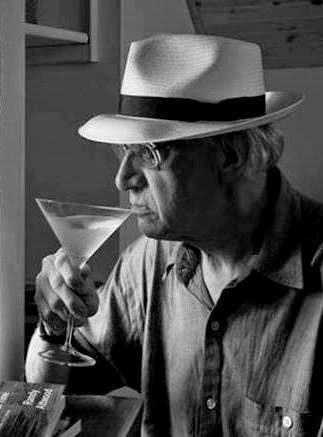 1. Tell me about your book Crazy About You and where you got your inspiration for it?

It's said write about what you know. I grew up on the grounds of an insane asylum because my father was the institution's dentist at that then 1,500-patient asylum and the State of Kansas provided us housing on its grounds. Crazy About You creates a week in the life of a high school boy that will grow him into a man faster than he could have ever wanted. It's a murder mystery, it's a romance, it's a thriller and a young adult novel, though plenty of adults have liked it, too.

I'm a pantster, I don't outline. The biggest challenge is discovering interesting characters and settings and situations from which can grow a complete story.

3. Are the titles of your books important?

Yes. I've been complimented on my titles. Sometimes the titles come to me during the writing, sometimes even before I start. I had a title I had fallen in love with Heal My Heart So I May Cry, for the first of a mystery series, but the publisher convinced me to change it to Tortured Truths. Some titles I particularly like are: The Strange Case of James Kirkland Pilley, because any HP Lovecraft fan will realize it is a Lovecraftian story; Rabbletown: Life in These United Christian States of Holy America, because the title is the synopsis of that dystopia; Blow Up the Roses because it's such an odd concept that goes with a very dark odd book; The Saltness of Time because saltness is a word you never see, but Shakespeare used it and it fit the feeling and mood of that novella. (By the way, I'll gift The Saltness of Time to any reader here who sends me his or her email address)

4. Are there any occupational hazards of bring a novelist?

I've spent too much time in bars.

5. How much of your book is realistic?

Readers often ask me, especially about Crazy, how much of it is true. The question used to anger me because I thought it implied I was journalist just recording events and didn't have a creative imagination. Then I realized the question was the highest compliment. What they read seemed real. And that is my goal—to create reality using words.

6. Is there anything you find particularly challenging in your writing?

Everything I write, whether a story, a novella or a novel has to touch me at some deep part of my being. It has to affect me; do something to me; move me. Then it has a chance to really connect with a reader.

7. Did you learn anything from writing your book and what was it?

Writing Crazy really helped me find my fiction voice. It solidified in me the belief that when you get the right words in the right order, the sentence will resonate in the reader's mind, sort of like music.

8. What is your favourite character from your book and why?

9. What was the toughest criticism given to you as a writer and the nicest compliment?

I use professional editors. When they suggest changes or offer criticism I listen really hard. I go back to that sentence or paragraph and section and if I can articulate to myself why I have done it the way I have, then I change it. The nicest things said about Crazy came from people who had worked at that state mental hospital and said it was spot on and that it connected with them.

10. Do you read your reviews? Do you respond to them, good or bad? Do you have any advice on how to deal with the bad?

I never liked to share my work with family or friends because if they said they liked it, could I believe them. If they didn't like it, could they tell me. I always wanted the reader I didn't know from Adam. Their reviews are very important to me and I read every one. The only one-star review I received was for Then and Now: The Harmony of the Instantaneous All, a novel set at the University of Kansas and Lawrence during that turbulent spring and summer of 1970. I actually use that review to market the book, because the reviewer is so obviously jealous. I had written the book he could not.

11. Where did your love of books/storytelling/reading/writing/etc. come from?

My writing is all over the genre map. It's a smorgasbord and I do think the one thing all my work has in common is engaging story telling. I have many sides of myself I show to different people--my family, my friends, my co-workers--but I only feel integrated as a person when I am working on a piece of fiction.

12. Are you a full-time or part-time writer? How does that affect your writing?

I am now retired and glad my time is my own. I've just finished a short novel, The Fat Cat, that I started as a noir mystery with a female protagonist. But it has a happy ending, so now I don't know what it is. I'm about 60,000 words into an alternate future history that has been a challenge, but contains an interesting twist.

13. Do you have any suggestions to help someone become a better writer? If so, what are they?

Have patience. Publishing is so easy now in this day of ebooks, that I think too many young writers rush to publish what they written instead of sitting on it for at least six months. And have patience with yourself when you're stuck. Let your subconscious do its work. I have a novella, One More Victim, that took me thirty years to complete. I think it's one of my more profound works.

14. What are you ambitions for your writing career?

My goal is to develop my audience one precious reader at a time. 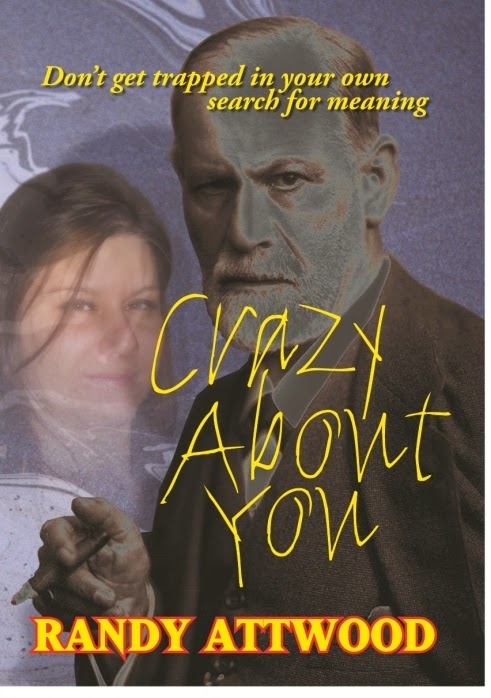 Service brats grow up on military bases. Asylum brats grow up on the grounds of mental hospitals where their parents work. Both juveniles and adults will be riveted by the story of high school asylum brat Brad's week in 1964 that tests his sanity and grows him up faster than he ever wished.


Randy Attwood grew up on the grounds of Larned State Hospital where is father worked as the dentist for that mental hospital. He attended the University of Kansas during the tumultuous 1960s. The first half of his adult career was in newspaper journalism where he won numerous writing awards and was twice honored with the investigative reporting award by the KU's William Allen White School of Journalism. The second half of his career was as Director of University Relations for The University of Kansas Medical Center before he transitioned to retirement as the media relations officer for The Nelson-Atkins Museum of Art in Kansas City. He lives in Kansas City where he is busy promoting his fiction and creating new works.