Dusty Pages Review: The Case of the Imaginary Detective

Rima Lanisell has a habit of losing things - car keys, sunglasses, lovers, family members. Following the death of Rima's father, she goes to stay with her godmother Addison, a wildly successful, albeit eccentric, mystery writer. Addison's beach house seems the place to make sense of Rima's loss, yet she is soon caught up in a mystery of her own. Who stole a small and highly valuable object from Addison's kitchen? Why is Rima corresponding with an obsessive fan, using someone else's family name? Most importantly: what exactly was the relationship between Addison and Rima's father, and why did Addison name a murderer after him in one of her novels?

It was a struggle for me to get from one end of this book to the other. Not only was it easy for me to put down but there was little to no desire to pick it back up again. I had to force myself to finish it. Nothing really seemed to happen, every time I thought here we go a bit of action, it fizzled out. The main character Rima is rather dull and spends most of the book moping. Things started to pick up a bit when Pamela Price made her appearance but even that failed to live up to its potential and the shocking revelations were pretty darn tame.

I found this book told me things about the characters rather than showed me things and although there was a lot of dry humour in the book that appealed to me, if you look at the story as a whole it wasn't enough to keep me interested.

One thing that really annoyed me were there were long paragraphs from Addision's (a fictional writer in a work of fiction) book Ice City. It was like trying to read two stories at once and not being satisfied with the outcome of either. 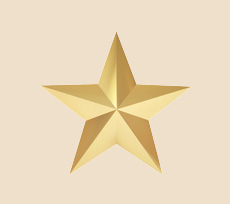 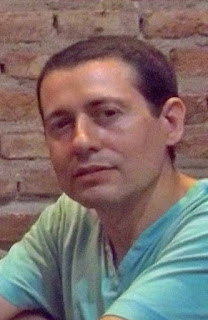 1. Tell me about your book The Rishis: Book of Secrets, and where you got your inspiration for it?

The series of The Rishis is based on the fact that humanity was the possessor of great knowledge and power in the past, and that was lost. I created a fictional story that tells how that happened and how it still affects our world today.

The book dwells mainly in the mystical and magical side of that ancient knowledge/power, and in the struggle between opposing parties to possess it and use it.

These struggling groups are two Indian organizations: the Mantris and the Omas. The Omas want to remove that knowledge from the hands of the evil Mantris and restore it to the people, as it was in times of old, but for that they will need the help of an unlikely group of men and women from around the world.

The story came to me quite suddenly; it was literally a kind of inspiration. Three years ago I stumbled upon an article narrating the discovery of the ancient city of Gonur Tepe, in Central Asia. I found it interesting, but that was all, I didn’t make much of it. Minutes later I went for a walk, and that’s when it happened. I felt a rush of ideas and information appearing in my mind, it was like making a download from the Internet, it took just seconds. It hit me suddenly and so strongly, that the experience inebriated me for a while. Then I felt an enormous urge to write, and I had to rush back home and begin to write it down.

That was the beginning of The Rishis and the Book of Secrets, the first book of the sequence on The Rishis.

2. How do you come up with titles for your books?

The titles are possibly the only part of my books that I need to think and rethink until I find the one that satisfies me. Everything else comes naturally.

To be honest, I never imagined myself as a writer until quite recently, just a few years ago. First I started writing non-fiction, particularly philosophy and spirituality, which was my main interest at that time. Then, about three years ago, this fictional story came to my mind like a storm: it was a kind of inspiration, but an overwhelming one. It filled me so fully that I had to sit and write it down. The whole think kept replaying in my mind and it wouldn’t give me rest until I wrote it. Now, after finishing the draft of the second book of the series, I feel much better, the pressure to write had diminished to a reasonable state, so I hope to finish the rest without much urge.

4. Do you find your social life hampered by your writing life?

Not much more than any other work would. Possibly, even less than that, most of my friends are people interested in spiritual and intellectual pursuits. Besides, I have learned to regulate my priorities, and I try not to stop living while earning my living.

5. How do you feel about public appearances? Do you do them often?

Fortunately I have no problem with them. I was a monk for over 25 years and I often had to speak, giving spiritual advice or lecturing. I still continue giving spiritual talks wherever I am invited, but now, after leaving the monastic life, that experience is also proving useful to present my fiction books.

First I intend to finish The Rishis series, which will take possibly four books, and then I would like to write a stand-alone based on the life of two of the characters of the book, Burdock and Alexandra. What will happen beyond that, it’s hard to say at the moment.

7. How do you think the self-publishing boom has affected the book industry?

I think that it has had a double impact, like everything in this world. On the one hand it has opened the doors to a number of excellent new writers who otherwise traditional publishing would never have allowed them to become known. And on the other, it has also filled the market with lots of insubstantial or poorly written books. But even that is not entirely bad in my opinion. Everyone should be given a chance to expose their work to the world and let the public choose whatever they consider good.

8. How do you motivate yourself to keep writing?

I sit for meditation a few minutes and the scene I want to write about becomes living in my mind. The whole plot weaves itself from beginning to end in my mind’s eye. I see the characters moving and interacting; I hear their dialogues and even feel their emotions. Then I sit and try to write it down.

9. What in your opinion are the key ingredients in maintaining a good relationship with your readers?

The same ones that are needed in order to maintain a good relationship with those around you: honesty, unselfishness and good will.

If you don’t write what truly lives in your heart, and that with the best intentions, the reader will detect it and will not like your story. I firmly believe that if you write the story the way you truly conceive it, not wanting to adjust it to please this or that kind of public, then you will find a group of people that will love your book, and many that, although they may not like your stile or genre, they will, nonetheless, respect your writing.

10. What is your favourite word?

Friendship feels to me as the most honest and wonderful relationship. Even the love of lovers cannot survive if it has no friendship, it would become mere lust or infatuation. Friendship is the one relationship that clears the mind and expands the heart, reaching out the greatest number of people. You can love one or two people, but you can be the friend of many. With a friend you dare be yourself as you truly are.

11. Are you still learning who you are?

Of course, there is an infinite dimension within us. Our real nature is so immeasurable that you never stop learning about yourself. Our personalities are relatively easy to know and understand, but when we discover the real I behind, then there is no end to knowing yourself.

12. What is the weirdest thing about you? Are you proud of it?

I was a good football player in my adolescence, and I really could have shone there. Then I put that aside and became a punk-rock fan. Next, I gave that up and became a monk for many long years, travelling around the world in search of truth. Now I have left that way of life and became a fiction writer. Does it get any weirder? And yes, I am proud of it, I have dared put into action whatever I truly wanted – without harming others.

13. Glass half full or half empty?

Well, I am a Sagittarian, so for us the glass is always half full. I am an optimistic by nature, not because I don’t want to accept suffering or troubles, but because I understand that bliss and immortality are our true nature.

14. If you had to give up one of your favourite things forever in exchange for a multimillion book deal, what would it be? 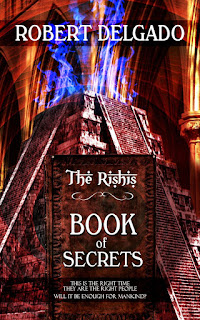 More than 3500 years ago a terrible crime took place in the sophisticated city of Gonur. The power and knowledge that once was held by the wise Rishis, was stolen by selfish hands. Since then humanity has grown in ignorance, not knowing the glory of its own past.

Robin and Sara, together with a group of youngsters from around the globe, are forcefully pushed into the kind of action that marks them as the unexpected heroes with the ability and power to shake the evil structure that grew upon that ancient power.

Armed with just a few magical mantras, faith in themselves and an ever-growing friendship, they face a lethal enemy, the powerful Mantris. As their own individual powers grow, the youngsters begin to realize that, naïve though their commencement was, they have become mankind's sole hope.
Read an Extract here


Robert Delgado was a jolly friend, a promising football player and a staunch punk-rock fan. Nobody expected him to become a monk! However, at the age of 19, a sudden inspiration changed his life altogether turning him into a monk for over 25 years. Now, tapping from his deep and extensive experience of Eastern and Western philosophies and cultures, Robert creates the series of The Rishis, whose first volume is The Rishis and the Book of Secrets. A story that emphasizes the magical and mystical side of the extraordinary power and knowledge of the ancient rishis. It is a unique fictional tale based on real archaeological discoveries, where he fills with rich and vivid imagination the lines that history could never tell.

Twitter: https://twitter.com/1robertdelgado
Posted by Sonnet O'Dell at 07:00 No comments: