Meme on a Monday 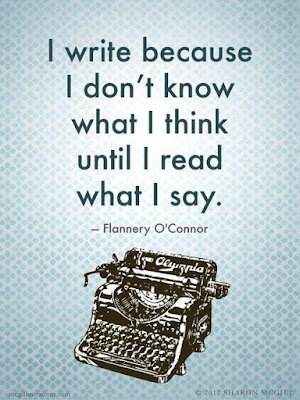 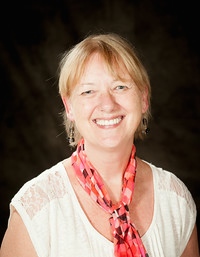 1. Tell me about your book Rebirth and where you got your inspiration for it?

Working with teenagers in a creative setting – a children’s theatre company –inspired me to write a young adult book about a young woman who grew up feeling she didn’t fit in, but discovered it was only because she wasn’t looking in the right place. So many of the young people I taught came from homes where sports was King, or broken homes or homes where they were left on their own while Mom and Dad worked long hours. A lot of these kids found joy in taking on roles, singing Broadway songs and learning challenging choreography. The self- confidence they gained seemed to carry on in whatever career they eventually chose.

My lead heroine in Rebirth, Jackie, is raised in foster care, thinking she’s human, but discovers early in the book that she’s actually part of a large and dangerous supernatural community. She gains confidence every time she uses her magic, making friends and eventually falling in love. By the end of book one she’s starting to get the hang of her new life and she’s happier than she’s ever been. As of the end of 2015, there are seven books in the series, and Jackie’s journey continues throughout all seven. Rebirth is permanently free at all vendors.

2. Do you find your social life hampered by your writing life?

I mostly socialize with my writing pals, so it doesn’t hamper my life at all. We get together several times a week to write at various coffee shops. Romance writers tend to be generous with their time, supportive to their fellow authors and friendly.

4. How do you motivate yourself to keep writing?

It isn’t difficult because I love falling into my supernatural worlds and losing myself with my characters. I want to be every lead girl in my books. But if I’m having one of my rare can’t-seem-to-get-in-the mood days, I’ll take a walk around the neighbourhood and enjoy some fresh air or hit a Zumba class. Salsa anyone?

5. If all the worlds a stage, where does the audience sit?

In this scenario there is no audience because all the people are merely players – actors who take on many roles.

6. What is your perfect pizza?

7. If you could have personally witnessed anything, what would you have want to have seen?

I would have liked to have flown with Armstrong when he landed on the moon and had a chance to stand there and look back at our amazing earth.

8. What is your favourite word?

Scrumptious. The word almost tastes as good as it sounds and I can use it in many ways, especially since I write romance. Wink.

9. If you had to be named after a city, state or country, what would you want it to be?

Definitely not Kalamazoo.  Maybe Myst. (a mythical island in a video game)

10. If you could spend the day with any character from fiction who would it be?

11. Glass half full or half empty?

Always half full. I had college roommates who told me I smile and laugh too much.

12. What is your best childhood memory?

Going to Disneyland in Los Angeles with my mom the year it first opened.

Scrumptious. (Snuck that in, didn’t I?)

14. What was the last book you read without skipping through anything?

15. What house would you belong to in Game of Thrones? Be honest

Targaryen. Saddle me up a dragon, please. 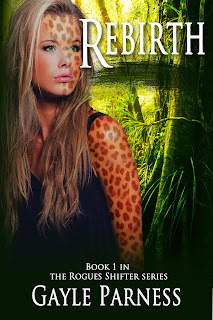 Having always felt like a freak of nature, Seventeen year old Jackie's life is turned upside down when she discovers she's not human, but instead part of a large supernatural community. Because of her newly discovered magical abilities, she's picked to train with a group of powerful young shapeshifters who become her close friends. Their purpose is to protect the vulnerable shifter population from the more violent supernatural beings that inhabit this terrifying and exciting world. During her training, she meets Garrett, a magically powerful vampire who teaches her to use her unique gifts and then manages to steal her heart. Backed by their team of rogues, Jackie and Garrett face unexpected dangers, finding strength in their magic and their commitment to a life together.
BUY


A resident of Northern California, Gayle is a fantasy geek who loves creating worlds, then writing stories involving characters who have to figure out how to survive in those worlds. A hybrid author and a proud member of Romance Writers of America and several of its chapters, Gayle’s twelve books and three series span the paranormal gamut from Young Adult Fantasy to Adult Paranormal Romance, with a Paranormal Ménage recently added under her pen name, Marie Booth. As long as there’s magic involved, she’s in. She loves to hear from readers and other authors, so please stop by and say hi.