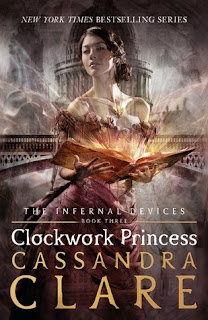 If the only way to save the world was to destroy what you loved most, would you do it? The clock is ticking. Everyone must choose. Passion. Power. Secrets. Enchantment. Danger closes in around the Shadowhunters in the third and final instalment of the bestselling Infernal Devices trilogy.

The end of this trilogy is bitter sweet. All the villains plans are discovered, laid bare and of course defeated. The truth of Tessa's origins are explained in an amazing "long game" of epic proportions. The depth of her powers shocked even me. The characters all have satisfactory endings in their own ways which ties the series off nicely.

However my favourite part of the book was the very last bit. Almost a short story separate from the trilogy that takes place just before the end of the Mortal Instruments series (in which Tessa makes an appearance at a wedding) where she is reunited with Jem. I won't give anything away about why this meeting is important, I don't like spoilers and I would much rather you read the books than hear it from me. That said, it brought a tear to my eye. A reaction to truly excellent writing. I am said to see it end.

...on to Lady Midnight (sequel series to Mortal Instruments)

Comic Con - Been and Gone

I'm going to go out on a limb and say that the first Worcester Comic Con was a massive success, so many people and so many cosplayers it was just unreal. I took some photos of a few of the outfits people came in (see below) but there were a few that I just wasn't quick enough to snap. The clowns from Spawn, a Hulk, a Clingon, a Predator and even a guy dressed as pokemon go (brandishing a sign around his neck that said Try again later). 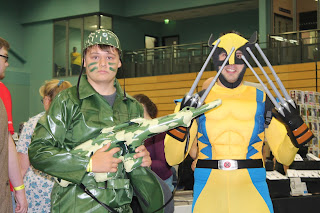 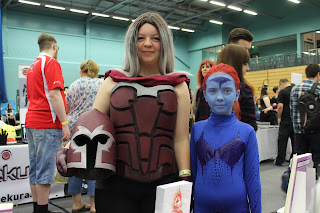 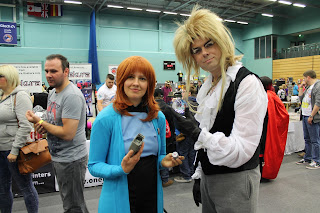 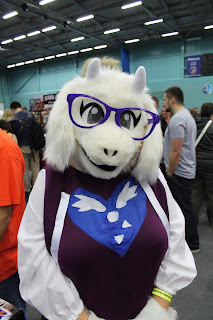 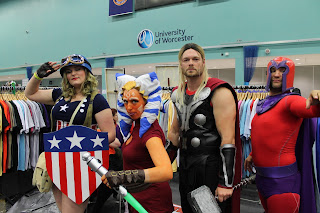 As for me, my stall was wonderfully positioned, I got lots of people stopping to look and talk to me. Several took my flyers and Venetian Moon did quite well on sales. I came away tired but glad I'd done it. (The guy waving was my helper for the day, Russ, in a Team Cassandra t-shirt) 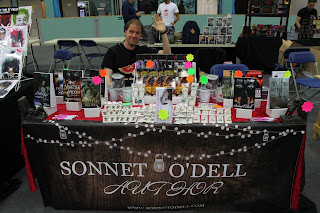 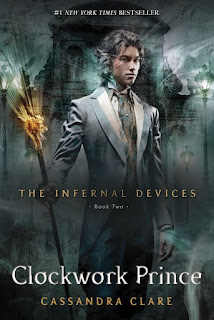 Love and lies can corrupt even the purest heart... In the magical underworld of Victorian London, Tessa Gray finds her heart drawn more and more to Jem, while her desire for Will, despite his dark moods, continues to unsettle her. But something is changing in Will – the wall he has built around himself is crumbling. Could finding the Magister free Will from his secrets and give Tessa the answers about who she is and what she was born to do? As their dangerous search for the truth leads the three friends into peril, Tessa's heart is ever more torn, especially when one of their own betrays them...

The story of Tessa continues with love, lies and betrayal. We learn more in this book than the first but still leaving enough questions to make a third book worth reading. More about Mortmain - this trilogies villain and about his reasons for attacking shadow-hunters though not why he wants Tessa as his own. We discover why Will Herondale pushes away his chances at love and why he left home, even if it may be too little too late. And we discover a spy in their mists, a character I have to say I could see it coming from and didn't really like much from the start.

There are parts of this story that are so funny you laugh out loud and other moments where your heart just breaks for the characters. Although I know how this story must end (as its touched on at the end of the Mortal Instruments which I read first) it is an entirely different thing watching it unfold before you. This book ends on a cliff hanger so I would have the next installment by your side ready to go. 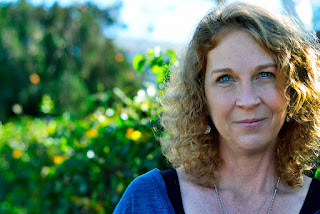 1. Tell me about your book The Three Graces, and where you got your inspiration for it.

I wrote The Three Graces after I first saw a statue by the same name in the gardens at Hearst Castle in San Simeon California. The statue inspired the characters of the goddesses in my story. But I created the three young modern women characters because I have two sons and I wanted to say something to the girls of the world that I never had the opportunity to say to a daughter of my own.

2. Why did you want to write this book?

I wanted to write it because I knew I had something to say. I dreamed up all these scenarios of what it would look like if a woman’s inner life became real and had to put it down in writing. I also needed a challenge; something to accomplish that was separate from all other parts of my life.

3. If you could spend the day with any character from fiction who would it be?

I would want to spend the day with Alma Whittaker, the protagonist of The Signature of All Things by Elizabeth Gilbert. She is strong, brilliant, and independent. She explores the mysteries of evolution, goes on spiritual and magical journeys. She experiences incredible things in her life that I would love to talk with her about.

4. Glass half full or half empty?

I’m an idealist, a positive thinker, so I always see the glass full to the brim.

5. If you had to give up one of your favourite things forever in exchange for a multimillion-book deal, what would it be?

I love ice cream more than almost any other food on the planet. But I think I could give it up for that kind of book deal.

6. If you joined the circus what would you perform?

7. Which of the four seasons do you like the most?

I love autumn. The relief from summer’s heat, the crispness of the air, the new colors of the leaves, the feel of change that is mature and full of growth.

8. What was the last picture you took with your phone?

The full moon at midnight from the darkness of my garden.

9. How do you feel about public appearances? Do you do them often?

I’m a teacher so every day in my classroom feels like a public appearance. But outside of that I often have to speak in front of groups, so I am used to it. Which doesn’t mean I don’t get nervous! I do, but usually it hits me a minute before so there’s not much to do but just go for it!

10. If all the worlds a stage, where does the audience sit?

If all of the world is a stage, then everyone is actor and audience. We play many roles at all times, acting in our own personal play, being supporting actors to those around us, and watching society and the world’s plays happening at the same time. 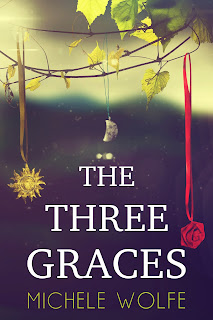 College juniors Jessie, Isabel and Sara are linked in an unlikely friendship by visits to hidden places only they can see. Together on a trip to Hearst Castle in California an earth-shaking encounter with a stunning statue in the gardens binds them to the spirits of the Three Graces; Brilliance, Joy and Bloom.
Under the weight of school and family problems, Sara Jessie and Isabel grow to be fast friends as they struggle with who they are and what will become of them. Until the fateful trip where they are gifted three magical pendants. Through these gifts the girls must find a way to unlock a centuries old curse and free the graces from their stone grave.
Will Brilliance, Joy and Bloom find freedom through the girls or will they forever be entombed in the statue of The Three Graces?


Michele Wolfe, a resident of sunny Southern California, has done extensive research on the statue of The Graces, the sculptor, and Hearst Castle. She is an art and music appreciator and belongs to various LA writers’ societies. During the day she is an English as a Second Language (ESL) instructor with 25 years experience teaching and exploring the written word. Along with The Three Graces, Michele has also written two short fiction pieces and is currently working on her second novel.