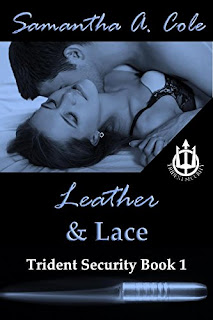 What was supposed to be a single weekend of mutual pleasure and dirty sex, turns into something more. But while they fight their growing connection, a killer has Devon in his sights and Kristen may end up as collateral damage. Will they survive with their lives and hearts intact?

I was drawn to by this book by an extract I read on Facebook. It was a reasonable price so despite my reservations that this might turn out to be another A-Typical ex military over protective domineering man finds the girl he will die for book, I decided to give it a go. I found that although it did have the previously mentioned element to it - the BDSM element was well used and for once well researched. Move over Christian Gray and let a real man show you how its done. Devon "Devil Dog" Sawyer is the kind of man women will be begging to say "Yes Sir" to.
The chemistry between the two main characters was perfect. The sex scenes were hot but not right in your face from page one. This author knows how to build the tension with a little foreplay. The extended cast provided lightening in the form of some comic relief but the over all focus of the book was the main romance - in fact the death plot seemed like a bit of an after thought and those other characters can wait for their own books for screen time. Which they have. 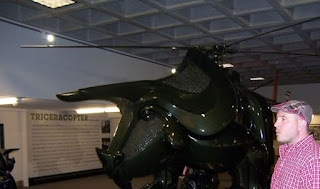 1. Tell me about your book Up in the Treehouse and where you got your inspiration for it?

Up in the Treehouse is a novel that follows two boys, Charlie and Johnny, from about the age of six to the age of sixteen. As they mature and their friendship deepens, they find themselves on the receiving end of a bullying campaign that ends in tragedy. The inspiration for the novel has some basis in reality, sadly, but it was an ugly memory that had to be addressed.

2. Why did you want to write this book?

Most of my work is not explicitly autobiographical, and it doesn’t usually deal with teenagers. Nor is most of my output naturalistic. I usually write crime novels, science fiction, and horror. This was a chance to stretch myself and go in a different direction.

3. Do you find your social life hampered by your writing life?

I am pretty much a hermit, content to stay home with my dog, drinking coffee, listening to music, and reading. So not only does my writing not hamper my social life, it gives me a pretext to avoid social situations I don’t want to be involved in.

4. How do you feel about public appearances? Do you do them often?

I’ve done a couple of readings with the author Scott Phillips, who wrote The Ice Harvest (later adapted into a film starring John Cusack, directed by Harold Ramis). I enjoyed meeting Scott and Jed Ayres (another great crime writer), but I don’t like to publicly read from my work. I was nervous and rather than standing in front of the crowd, I sat among them and read at a table.

5. How do you motivate yourself to keep writing?

One of my favorite writers of all time, Richard Price, once said words to the effect that you don’t judge an artist by how good or bad they are at something. You judge them by, if you were to take away their ability to do what they do, whether or not they would lose their mind. For me it usually isn’t a question of motivation. I feel like an addict who can’t control himself.

6. Is there one area of your writing that you’ve always wanted to improve upon?

Some of my favorite writers are minimalists, like James M. Brown or William Wharton. I have a pretty baroque style, which leads to some beautiful passages, but can also be distracting. I would like to learn to be more disciplined, understated.

7. Do you have anyone you go to for advice? In person or Online?

John Sheppard was the first professional writer I approached requesting a blurb for one of my early novels. He was, and continues to be, a very gracious mentor. He did his MFA under the brilliant writer Harry Crews. All of our correspondence (over the course of about three years now) has taken place online, although we may meet sometime in the future, for a reading in the Noir at the Bar series.

8. If you had to be trapped in a TV show for a month, what would it be?

When I was twelve or thirteen I wanted to be trapped in either Roseanne or Twin Peaks, because of the crushes I had on Sara Gilbert, Madchen Amick, and Sherilyn Fenn, respectively. The only show I watch with any consistency at this point is The Simpsons, but I’m not sure I’d like to be trapped in a cartoon (maybe too hallucinogenic!).

The comedian Chris Rock once said when you first meet someone, you’re not really meeting them; you’re meeting their representative. Love, then, for me, is that moment where you and your girl-/boyfriend husband/partner drop the charade and expose the worst or weirdest parts of yourself to the other person, and that other person stays with you. Love is when she farts in front of you and you’re still attracted to her.

10. What was the last book you read without skipping through anything?

I just finished Ridgerunner by Rusty Barnes. He’s a great writer, known primarily as a poet, which makes this foray into action all-the-more impressive. It’s short and sweet and gives one a lot of verisimilitude in describing postmodern Appalachia. 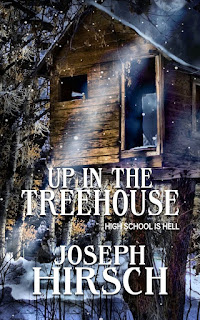 Johnny Cotter first met Charlie Milner when they were both children, attending Freeport Kindergarten. It was there that their friendship formed, and it was at Charlie’s house, in his backyard, and up in his treehouse, where the boys grew closer. But as childhood gives way to adolescence, Charlie finds himself the victim of a bullying campaign so severe that his whole world grows dark, and Johnny finds himself fearing for his friend’s safety, his sanity, and his soul. It is at Freeport High School that Charlie’s rage and sadness finally boil over, when he seeks revenge on his jock tormentors. And it is at Freeport High where Johnny has to make a decision, a choice that could cost him his life and the life of his best friend.


Joseph Hirsch is the author of several published books, novellas, articles, and short stories. He previously served as a correspondent for Fight Hype, covering boxing matches around the globe. He is currently pursuing a Master’s Degree in German Studies at the University of Cincinnati. He served four years in the U.S. Army, wherein his travels took him to Iraq, Texas, and Germany. His novel Up in the Treehouse is coming soon from Caliburn Press.