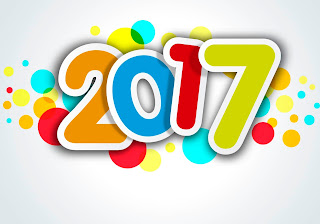 Wow! Can you believe that 2017 is almost over. Tomorrow we'll be taking our first steps into a brand new year.

So what happened this year? 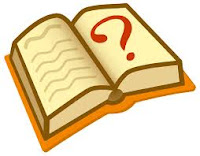 So what is there to look forward to next year 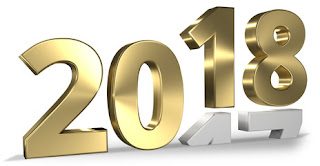 We will begin regular posting with the first Meet A Writer Monday Interview on the 8th of January, the first book review of 2018 will follow that on the Wednesday and random other posts shall find their way to you over the next 52 Weeks.

You can look forward to hearing about any upcoming releases and public events that will take place next year.

As always feel free to comment below or contact me in regards to anything on this blog or about my books or anything really. I raise a glass at midnight to bring in a new year that will hopefully be a happy and fulfilling one.

I apologize for not doing a post in November, but circumstances were unforeseen. So instead I have combined November with December's sales post. Its actually probably better this way as together these two months don't look as bad as they did separately.

I had the release of the Paranormal Pleasures Omnibus at the beginning of December - this collects together my paranormal romance novellas that on their own would not have been cost effective to print. The extra draw of this collection is a brand new novella which is exclusive to it - cannot be read anywhere else and is not available as a stand alone.

Even so, sales were low. I mean a record low for the time of year where books are highly sought after gifts. None of these were the new omnibus. However as Kindle copies and print copies are on separate sites (I still use create-space rather than the paperback builder in KDP) I can confirm that I made 1 sale on the paperback - this nets me a cool 27 pence in royalties. Its not a lot but I don't really do it for the money. I could make more but I aim to keep my books as affordable as possible and always select the minimum price setting on my books - by this I mean Amazon says this is the least we will let you charge for this book so that we make our money back.

I can only hope that 2018 will be a better year all round and I can afford to get more fiction out there.

Dusty Pages Review: The Mystery of the Midnight Peacock 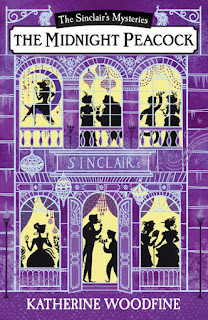 You are cordially invited to Sinclair’s Midnight Peacock Ball!

The festive season has come to Sinclair’s and Sophie and Lil are spending the holidays at snowy Winter Hall. But it turns out that this is no ordinary house party . . .

As sinister secrets come to light, our intrepid heroines find themselves faced with a more baffling mystery than ever before!

With the help of their friends, can they uncover the truth in time to foil a truly diabolical plot? Or will Mr Sinclair’s New Year’s Eve Midnight Peacock Ball spell disaster for the dauntless young detectives?

I was so excited for the release of this book but also sad to hear it was the last one in this series. As the last book, I wanted three things from it. A good all out story. I wanted questions answered and I finally wanted the villain revealed. I am happy to say that I got all three.

Midnight Peacock is beautifully written. I have always enjoyed Ms Woodfine's style. Although this book is meant for a younger audience, as an adult I still enjoy reading it for its almost innocence. Unlike the gritty hard hitting thrillers that are written for adults, this has all the qualities of those but without throwing in profanity, sex or drugs. The plot of these books don't need spicing at all.

They remind me a little on the Enid Blyton books I used to read as a child only much, much better. I enjoy reading about the characters, who although young, are as capable of getting by in early twentieth century London as any of the adults around them. I have never done spoilers for any book I have reviewed but I will say that those that have followed this series from the start will not be at all disappointed with the outcome. At last all the answers you craved are at your fingertips, all you need, is open up that first page and start to read. 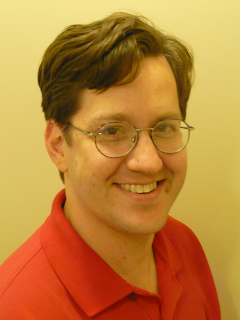 1. Tell me about your book The Job: A Darklight Chronicle and where you got your inspiration for it?

The Job is a short story prequel to my debut novel, Darklight, coming next March. There is a scene in my novel with a big reveal and a mention of a time back before the novel started. I was challenged at a writer’s conference to write some backstory about my main character, and came up with this short story a couple years ago. When the thought of sharing it for free on Amazon was presented to me, it all clicked.

I have been riveted with The Progeny by Tosca Lee. It’s written in 1st person, present tense, and the action holds my attention. The only reason I haven’t finished it yet, is because I have my own writing deadlines to accomplish.

4. If your book was made into a film, who would you like to see play the lead?

It needs to be a short, young girl, around 19. In fact, if you visit https://www.pinterest.com/greglturnquist/darklight/, you can actually see what I have imagine Snitch would look like. Some kid raised on the streets, with a long coat, lots of pockets, and nimble with her fingers. The best pickpocket around. So while I haven’t answered your question, I’ve hopefully whet your appetite.

5. What is the longest you’ve gone without writing?

6. Which do you use more often, dictionary or thesaurus?

7. Mountains or the beach?

I LOVE the mountains. Beautiful views, love driving through them. The beach does nothing but drag sand into your car. Yech!

8. You’ve just been kidnapped and the people from the last TV Show/Movie you watched have to save you. Who is it?

I really hope the people from Stargate SG-1 come, because the odds are much higher than the crew from Criminal Minds, or Hercule Poirot.

I am on twitter ALL THE TIME. In my industry (software development) almost everyone I work with lives there with some rare exceptions.

10. What is your best childhood memory?

I once rode around on my tricycle, and deciding to be a little crazy, looked up with my eyes closed and pressed on. Then I whacked the family car. I later grew up to discover, my Dad had captured the whole thing with his camera.

11. If you could travel anywhere, where would you go and why?

I’ve always wanted to visit the castles of Germany and Austria. And believe it or not, my wife has proposed we do that to celebrate our 10th wedding anniversary!

12. What motivates you to succeed as a writer?

I want people to not only read my stories, but to enjoy them. To feel the emotions I feel when I’m writing them. So I seek to improve my craft and communicate this. I hope I can succeed.

I’m a professional software developer. I sling code all the time, and it’s fun! My wife doesn’t understand what I do. At. All. 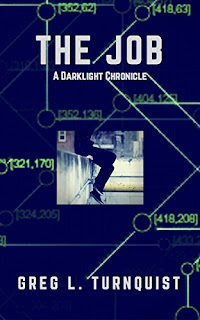 What if a pickpocket had a change of heart? Snitch and her partner in crime decide to knock over a pawn shop. But something goes wrong. What should she do next?


Greg has read scifi since he was a kid including Asimov, Herbert, Saberhagen, and Del Rey. Years ago, the idea of a futuristic world reduced to a medieval existence began to bounce around in his head. He also loves slinging code as a software geek, and has written several non-fiction books. He lives in middle Tennessee with his wife and family.

Blog: http://greglturnquist.com
Posted by Sonnet O'Dell at 07:00 No comments: