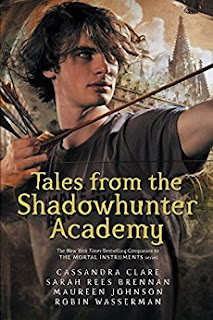 Ten stories with brand new illustrations following the adventures of Simon Lewis, star of the #1 New York Times bestselling series The Mortal Instruments, as he trains to become a Shadowhunter. Simon has been a human and a vampire, but after the events of City of Heavenly Fire left him stripped of his memories, he isn't sure who he is any more. When the Shadowhunter Academy reopens, Simon throws himself into this new world of demon-hunting, determined to find himself again. Whomever this Simon might be... Join him on his journey to become a Shadowhunter, and learn about the Academy’s illustrious history along the way, through guest lecturers such as Jace Herondale, Tessa Gray, and Magnus Bane.

This is a hilarious collection of short stories that made me laugh out loud several times. Simon is a nerd much like myself so I got his references where as the shadowhunters around him didn't, making it just that little bit funnier.

Each story was just the right length to do one a night for a few nights meaning that you don't have to get too overloaded or bogged down in the Shadowhunter world again if you don't want to. Most of the stories are interspaced with segments from the past - where surprise surprise we spend a great deal of time learning more about the Herondale family - including Tessa and Will from the prequel series Infernal Devices.

However you also get a look at things that will tie into the following installment of book that Clare is working on now - The Dark Artifices. I think it will be a nice way to bridge the gap between the Mortal Instruments and this new series which is on my TBR read pile but will remain there until I have all three installments (if the reason isn't obvious its because I don't like having to wait a year between stories I'm really enjoying.)

A little warning though about the last story in this collection - its bittersweet. So be prepared for tears 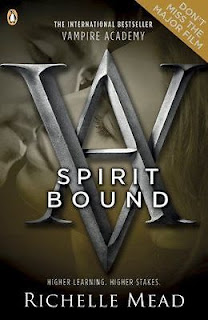 Dimitri gave Rose the ultimate choice. And she made the wrong one...

After a long and heartbreaking journey to Dimitri's birthplace in Siberia, Rose Hathaway has finally returned to St. Vladimir's Academy - and to her best friend, Lissa.

But Rose's heart still aches for Dimitri, and she knows he's out there, somewhere. She failed to kill him when she had the chance. And now her worst fears are about to come true- Dimitri has tasted her blood, and now he is hunting her. Only this time, he won't rest until Rose joins him... forever.

Drama and Politics rule this volume in the series. With Dimitri back in the picture after the last installment, heart ache and pain ensue. There was no way of telling which way the cards were going to fall which in my opinion made it a better read.

There is a big surprise in the last part of this book that throws, Rose, our heroine's life into chaos. Also it ends on what I would consider a cliff hanger so its advisable to have the final volume in this series right there ready to go straight after.

I liked Lissa a little better in this book, she seems to be coming into her own rather than just trailing Rose around or moaning that Rose isn't including her in things. 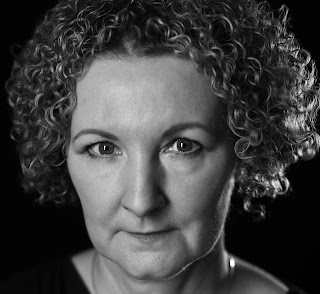 1. Tell me about your book, The Making of Gabriel Davenport, and where you got your inspiration for it?

The Making of Gabriel Davenport is the first book of my dark fantasy series (the sequel, A Shining in the Shadows, releases in April 2017). It’s set in the present day, in a little English village, and most of the story takes place in an old Manor House. The house is almost a character in its own right. The inspiration came from a TV series I once watched about a paranormal organisation who worked from a grand old building. I’ve always loved the idea, but never found the right story to do it justice, until Gabriel came along. In a nutshell, the book is about a normal family and what happens when one twisted branch of fate blows their world apart. It’s about secrets and loyalty and consequences, and the indomitable spirit of human courage in seemingly hopeless situations.

2. Do you think giving away books for free works and why?

This is a very emotive subject amongst writers. Many say that giving away a book encourages readers to buy anything else you have written, but with the slew of free books out there a lot of readers don’t pay for anything. They have come to expect a book for free. And this is the problem. Writing a book is a huge undertaking. It takes months and countless edits, endless hours of redrafting and chewing of fingernails. Hiring a professional editor is a big expense, along with a cover design company. You hyper focus and finally put your creation out there for a very minimal price. And people still want it for free. You wouldn’t ask a plumber to fix a leak for free or a mechanic to check your car for nothing. Writing is no different. Quality story telling deserves to be paid for.

3. Do your characters seem to hijack the story or do you feel like you have the reigns of the story?

My characters always hijack the story! I’m a very character led writer. I have the bare bones of what I would like them to do, but quite often they refuse to be shoe horned into that, and lead me in a completely different direction. But that’s the thrill and excitement of story, finding magic in those places they lead you to. If I ever get stalled during my writing it’s generally because I’m trying to push them in the wrong direction. Once I give them free rein again, the words start to flow.

4. Are your characters based off real people or did they all come entirely from your imagination?

The only character who is based on a real person in Gabriel, is Olivia Taverner, one of the students working at The Manor. It wasn’t until I actually finished the book that I realised that a lot of her character is, in fact, based on my son’s fiancé. Olivia is a no nonsense, modern girl, who says exactly what she means but who holds loyalty close to her heart. Her actions have a huge effect on how the story ends. All of the other characters are purely imagination based. The one who is most like me is Noah. He always tries to please everybody and is the voice of reason and mediation.

Simple things make me cry. The cold beauty of a star-filled sky. Books that make me look away for a moment to digest the perfection of the words. A haunting piece of music. A sunset or sunrise over the ocean. Sunlight through a stained glass window. Sunbeams in general. And moonbeams. My cat when she washes behind her ears with a paw. Kindness.

6. In what ways do you hold yourself back?

I’m a terrible worrier. I hyper focus over the tiniest things, most of which are out of my control. I’m trying to focus my energies on the things I do have control over but it’s a hard habit to break. And I second guess my actions when I should just go with my instinct. I also worry too much about what people think instead of doing what is right for me.

I’ve always been drawn to the darker side of fiction and I love fantasy, or maybe I should say I love exploring what most people don’t believe exists. Dark fantasy for me lets me delve into the underbelly of a story, to pull apart each layer where the shadows play. That’s a key theme in Gabriel, that thin blurred line between darkness and light, where nothing is quite as it seems. My imagination is much happier playing about in worlds where the rules aren’t yet written and the mind can take flight.

Yes, the cover is a huge influence on whether a reader will pick up a book. We tend to be very visual, and if the picture on the front of a book appeals, then it’s more than possible that we will turn it over and read the back blurb. You could have the best story in the world, but without an aesthetically pleasing cover it won’t go anywhere.

9. How would you survive a Zombie apocalypse?

As a fan of The Walking Dead I like to think that I know a thing or two about zombies. First, I would hijack a food lorry from a decent supermarket, then drive to the British Library. Plenty of space to explore and a never ending supply of books to read. But just one thing. Never open the doors! ;)

10. Mountains or the beach?

Although I love the ocean (even though I can’t swim) it has to be the mountains I find such peace there either staring at the view or hiking along the trails. I find the sense of time and history so grounding. If I’m ever stuck at a plot point, I walk. And if that walk involves a mountain, I am doubly happy. Writers are usually introverted souls. Solitude is a song to us, and nature sings that song.

11. Did you learn anything from writing this book? If so what was it?

I learned that I’m a lot stronger than I thought I was. Writing a book is a huge undertaking. Actually carrying that forward through draft after draft takes stamina and a certain amount of stubbornness! I also learned that the only person who can influence how many people see Gabriel is me. There are thousands of titles out there and it’s an uphill struggle to keep your head above water. But my reviews have been excellent and that’s what keeps me going. I have a strong story, a good story, and I want people to read it. Success might not be blazing onto the bestseller list, it could be simply touching the lives of people who have immersed themselves into my book, and taken a little bit of Gabriel into their hearts. 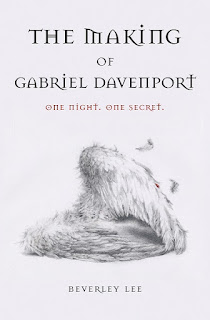 In a house built on truth something lays hidden.

Beth and Stu Davenport moved to Meadowford Bridge to give their young son, Gabriel, an idyllic childhood. But one night, their dream is shattered by a hidden, ancient darkness-- and their lives are forever changed.

Years later, Gabriel goes looking for answers about his mysterious past. Soon, his life begins to unravel as he discovers that the people he loves and trusts most are harboring sinister secrets of their own. As the line blurs between darkness and light, Gabriel must confront the terrible events that destroyed his family all those years ago.

His choice: continue living a lie in blissful oblivion, or give himself over to a terrifying new reality. The darkness awaits.
BUY

Beverley Lee is a freelance writer currently residing in the south east of England. In thrall to the written word from an early age, especially the darker side of fiction, she believes that the very best story is the one you have to tell. Supporting fellow authors is also her passion and she is actively involved in social media writers’ groups. The Making of Gabriel Davenport is her debut novel.