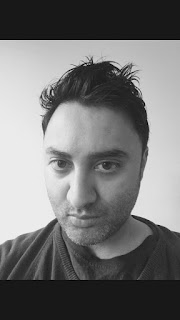 1. Tell me about your book The Degenerate Opportunity and where you got your inspiration for it?

With ‘The Degenerate Opportunity’ I wanted to write a book that hadn’t been written before in that it had a gay lead character ‘Sebastian’ but it isn’t erotica or a coming out story – like the majority of books in this genre seem to be. Due to his upbringing and life he is a psychopath on his own mission. He wants to help people that need it but is going about it in a very unique way. I think (well…hope) at first readers will hate him but after a few chapters grow to love him as a true anti-hero. He has an opinion on everything and the book is satirical about pop culture – which gives it mass appeal so it is not limited to the LGBT community. The inspiration for his thoughts were based on my own observations of everyday life but taken to the extreme.

I guess every author dreams of their book becoming a film a lot and thinks about who will play which characters, or maybe it is just me. I’ve had loads of actors run through my mind but discounted everyone for some reason or another. For instance Ryan Reynolds – seems too funny, always has a glimmer of cheekiness which I don’t think Sebastian has. Chris Evans – he just seems like too nice a guy. But hopefully, you can see where I am kind of thinking in terms of the type of actor. Perhaps it should go to an unknown to play the part. In terms of director for ‘The Degenerate Opportunity’ I would pick Bryan Singer.

3. If you could live in a book, TV show or Movie, what would it be?

If I could live in a TV show this would be in the Star Trek Universe, the latter shows like The Next Generation. Not necessarily living on the Enterprise but on Earth – where humanity has evolved to be nice and kind to one another and our common goal in life is the betterment of life and the pursuit of knowledge.

4. If you could time travel, would you go to the past or the future?

With the past you can research/look-up what it was like, so for me I would not really want to go back unless I could change how events happened to influence the present/future – but that is a whole novel in itself. So I would pick to travel in to the future, to see how life plays out. The year 2222 – a nice round number, and I can experience where an additional 200 years has taken us. And see what new discoveries have been made/created and how has life changed.

5. If you could bring one fictional character to life, who would it be and why?

If I could bring any fictional character to life it will have to be Superman, because the world needs a hero like him. With all his strength/power he could just freeze/melt/toss from a building Lex Luthor and other enemies but he doesn’t – he tries to bring ‘baddies’ to justice using our legal system, which I think shows what a hero he truly is.

I would pick a new planet. I am not too keen on being stuck in a submarine or similar vessel required to explore the ocean. With a planet – the whole world would be your oyster – and you can go anywhere, interact with anything or anyone.

7. How would you survive a Zombie apocalypse?

To survive a Zombie apocalypse I would go to one of the larger department stores (think a smaller scale Mall). There you would have access to food, clothes, potential weapons, and entertainment. Plus it should be relatively easy to secure the premises – once you have cleared out all the zombies – given that these places have security measures at the entrances/exits. Mainly though it would be nice to ‘go nuts’ in a place like that – while the world is in turmoil you just have fun doing whatever you like.

8. Have you written any other books that are not published? Do you intend to publish them? And Do your characters seem to hijack the story or do you feel like you have the reigns of the story?

9. What has your experience been like as a new Indie Author? Bruises, Highlights, and lessons?

When writing a novel it sort of takes over your life, you become obsessed with it. When a person is reading a good book and says they can’t put it down, it is like that for the author too. When you are writing something incredible you also can’t put it down and just keep writing. For me, this meant that when I was on the go (on a train, even just walking, on a plane) I would be writing on my IPad or IPhone, in the end the whole novel was basically written on these devices. What happened was my vision became ‘locked’ on to short distances and objects far away from me were blurred. The ophthalmologist I saw said because of the way I was writing and time I was dedicating to it my eye muscles had become ‘re-trained’ on to near focus. He said it was reversible once I gave myself a break, which meant I had to stop for two months during writing. Luckily it was reversible and I had to just start taking more breaks and stop writing on my phone, which was also beginning to hurt my wrist. I would have to say, as hard as it is, give yourself lots of regular breaks and try not to let the book take over your whole life.

10. Do you have a day job in addition to being a writer? If so, what do you do during the day?

Yes I have a day job, unfortunately I am not in the stage in my life where I can live off my writing alone yet. I actually work in scientific communications, which involves lots of medical writing, I must be a glutton for punishment. In all honesty, I really like the job and the opportunities it provides me as ultimately it allows me to help patients, which is rewarding. It is a different kind of writing to fiction; it is factual, focused on data, diseases, and products. It stems from my scientific background as a Pharmacist/researcher in biopharmaceuticals and my love of writing. It is an interesting job, one I get to write and travel (to congresses) all over the world. Exposure to different locations and cultures sure helps to keep my over active imagination busy. 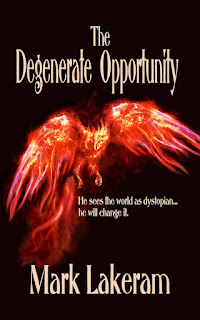 One man on a mission that he believes is his destiny. Sebastian is a multi-millionaire with a dark past and a darker future. He sees the present world as dystopian and goes about changing it in his own unique way. His actions are not normal - playing with knives and swords, hanging around a council estate, and seeming to help the homeless. But he has a purpose – he is here to help the world. “THEY let everyone believe that money is the main motivator, the driver of life. That money makes the world go around, that if you had it all your dreams would come true, so you must work to obtain it. Be a good degenerate, go to work and pay your taxes. Then buy goods and services to keep the economy going. This lie, and the belief in it, really gets to me. The number one driver of life, more important than money, what everyone wants above all else, the engineer of the universe is—opportunity. Societal problems would not exist if the world was fair and THEY did not exert their controls on everyone. However, THEY do, and until I stop them the world will remain disjointed and out of control.”

Mark was born and bred in London and considers this intoxicating city his home. That is why his debut novel is set in the city. With a scientific background he then moved in to communications. He wants to write books that breaks the norm while exploring some of the darker elements of humanity, which he feels his debut novel ‘The Degenerate Opportunity’ does. To write this book he had to go to a dark place – a place that calls to him, one he will have to return to. Which means his stories are only just beginning…