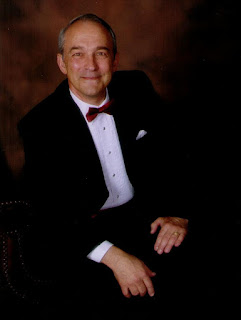 1. Tell me about the Miss Havana series of books and where you got your inspiration for it?
Several years ago I had a dream that was so funny I woke up laughing. I immediately slipped out of bed and headed to my computer. The concepts and words that became the first novel in the series, The Substitute, flooded out like a tsunami. I could barely type fast enough. In her private life, Miss Havana was a stunning and aloof substitute teacher secretly known by her students as “Wish,” but in private, her character was as dark as a vampires casket and as mean as a constipated IRS agent. Her double-dealing resulted in her murder. In hell, she and those responsible for her death came before Lucifer … who immediately fell in lust with her. That set the stage for an outrageous battle between different shades of evil, and between the forces of good and the forces of evil that is carried out throughout the five paranormal comedy novels.
2. How would you like to be remembered?
For making people laugh. I believe the world is far too serious and that people take themselves much too seriously. I try to put so much humor in my books that readers will feel the same uplift reading them that I feel writing them. Like life, the dividing line between good and evil is not always clear in my books, but the characters deal with all situations in comical ways. The humor is a bit racy, and some readers have claimed I will go to hell for writing it, but my response is always the same: “Did you laugh out loud.” In all cases, the answer has been, “Yes.” That’s the whole point. The books will never change the world but, one at a time, they can make individuals laugh.
3. Do you have a writing process? If so describe it.
My writing process is a mix of “seat of the pants” writing (pantser) and careful planning. The concept for most of my writing comes to me in dreams. When I wake, I write. However, the plot for some of the books is quite complex. For example, in The Substitute, Miss Havana is murdered three times in one night by a multitude of perpetrators. The people responsible for her murders die violent deaths as well, and all end up in hell before Lucifer in a gaggle. To make that happen in a comical and believable way required careful planning. I had to lay out a timeline and make notes for the events that had to occur at each step of the way because none of the murders knew each other, and none realized that Miss Havana was already dead. Each book in the series also has a twist at the end that no one sees coming, so the endings must be carefully scripted. That means, as the book is being put together, I must keep and follow notes that push the story toward a surprise ending. In The Substitute, the ending isn’t revealed until the last paragraph. I do not even hint at the ending in the Miss Havana books. Based on my own dislike of books where the ending can be reasonably surmised, I suspect my readers appreciate that.

18. Say you’re dead but are a ghost? You can’t be seen, can make objects float and walk through walls. What would you do?
I wrote this scene in Oh, Heavens, Miss Havana! In that novel, Miss Havana has been deposed as The Queen of Darkness by her daughter but, due to God’s grace, finds herself in heaven’s purgatory. After many missteps, she realizes she still retains some of her underworld powers, and eventually manages to find her way back to “the surface” where she wreaks havoc. She can walk through walls, but can’t move objects, so she finds a copy of “The Angel’s Guide to Earth,” and tries to follow the rules … even though she’s no angel. As a spirit, she manipulates objects through the people she haunts. She becomes an assassin by night and an advice columnist by day, but no one in their right mind would ever follow her outrageous advice.

19. What three things would you save from a fire at your house? (assume that all your family get out safe.)
We collect art glass, mostly modern. Those pieces would be the first thing to save, along with a couple of exquisite paintings. Second would be photographs. Third … probably firearms.
20. How did you come up with the title for your latest book?
My latest book was released April 3, 2013 by Solstice Publishing, Inc. That novel is called The Training Bra. In the book, the spirit of Miss Havana initially haunts an eleven-year-old girl named Shelly. The title is intended to represents Shelly’s transition from a little girl to a voluptuous young woman. As is the case in all the Miss Havana books, Shelly faces an untimely and comical death, in this case at Lucifer’s hands, and the battle between good and evil occurs mostly in the spiritual/paranormal realm.

21. Do you recall how your interest in writing occurred?
I began writing on September 12, 2001, the day after the Twin Towers were destroyed. I was angry, very angry. Writing was a way to vent the strife I felt within. I retired for the last time shortly after that, and kept writing. It took almost nine years to remove the anger from that first novel, Kill Zone, at least enough to get the book published. Over those years, I also tried to find my niche. I wrote a sequel to Kill Zone called Aftermath Horizon, and also a Sci-Fi trilogy (The Judge, Infinity Quest and The Empress of Tridon). Those novels were published. It wasn’t until I started writing paranormal comedy, however, that I really felt like I was hitting my stride. I will complete The Trophy Wife and Sisters, and might consider switching topics then.
22. When did you first consider yourself a writer?
My sixth publication was Aftermath Horizon, and I still consider it one of my best. It exists only in e-book format, but has weak sales. Nevertheless, when I re-read the book after xoxopublishing.com accepted it, I felt very good about it … and about myself as a writer. Aftermath Horizon is a young adult book with a sixteen-year-old heroine. It is a tale of developing love and survival with an overlay of considerable humor. I enjoyed writing the book, and especially writing the humor. I suppose it was natural that Miss Havana would spring to life after I finished Aftermath Horizon. By the way, even my daughter wants me to write a sequel to Aftermath Horizon. She believes it is one of the best novels she’s ever read, and would very much like to see what happens next. I did complete the story, but the ending was so fantastic readers naturally want more. Maybe that’s what I’ll do when I finish Sisters.
___________________________________________ 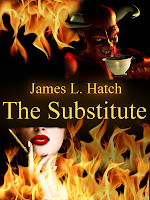 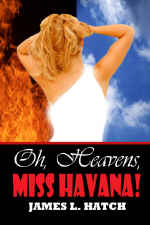 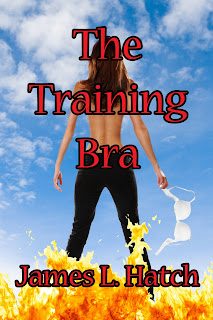 Sequel to The Substitute and Oh, Heavens, Miss Havana

In an unexpected twist of fate, God gives Miss Havana’s dark spirit a second chance after she fails probation in purgatory. She is returned to the surface in the body of an eleven-year-old girl named Shelly. Over the next six years, Shelly develops into a voluptuous young woman and becomes the central figure in a tug-o-war between the forces of heaven and the ruler of hell, Miss Havana’s daughter, Lilith.

Lilith sends her father, Lucifer, to tempt Miss Havana and report on her progress. However, when Miss Havana’s true spirit emerges, Lucifer murders her out of revenge for stealing his throne. Miss Havana’s spirit returns below, where Lilith orders her to learn from three of the four horsemen of the apocalypse: Stupid, Macho and Scourge. Lilith intends to use Miss Havana to bring the four horsemen together to precipitate the Apocalypse. The fourth horseman is Sin, Lucifer himself, but he isn’t told what’s being planned because he screws everything up.

Battle lines are drawn between Lilith, Miss Havana and Lucifer—just a normal dysfunctional family with serious anger issues … with the fate of the earth at stake.
BUY
About James
Although his Bachelors, Masters, and Ph.D. are in Chemistry and Meteorology, James worked as a Chief Scientist and system/software engineer before retiring a third time, and then turned to writing (amazon.com/author/jameshatch). Extensive travel, from Thule, Greenland to Australia’s Great Barrier Reef – and to dozens of countries in between – provide the real-life experiences he incorporates into everything he writes.
James enjoys boating, kayaking, skiing, traveling, hiking, tending nine grandchildren (no more than two at a time), and ballroom dancing, but his first love is writing.
Posted by Sonnet O'Dell at 07:00 3 comments: