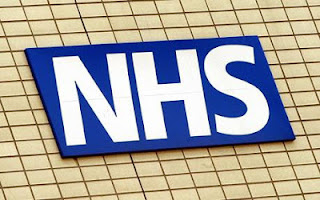 The National Health Service (NHS) is the publicly funded healthcare system in England. It is the largest and the oldest single-payer healthcare system in the world. It is primarily funded through tax, in a similar fashion to fire departments, police departments, and primary schools. The system provides healthcare to anyone normally legally resident in England, and also any other part of the United Kingdom, with almost all services free at the point of use for all such people.

The NHS was born out of a long-held ideal that good healthcare should be available to all, regardless of wealth. At its launch by the then minister of health, Aneurin Bevan, on 5 July 1948, it had at its heart three core principles:
These three principles have guided the development of the NHS over more than half a century and remain in affect today. 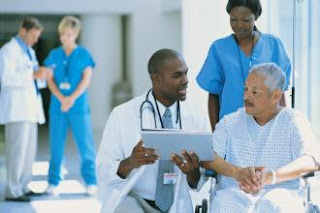 In practice, "free at the point of use" normally means that anyone legitimately fully registered with the system (i.e. in possession of an NHS number), including UK citizens and legal immigrants, can access the full breadth of critical and non-critical medical care without any out-of-pocket payment of any kind. Some specific NHS services do however require a financial contribution from the patient.

Since 1948, patients have been charged for some services such as eye tests, dental care, prescriptions, and aspects of long-term care. However, these charges are often lower than equivalent services provided by a private health care provider.

I am thankful everyday to live in this country with our free health care as a type 1 diabetic. :) 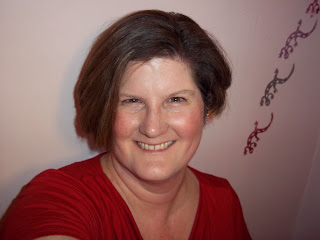 1. Tell me about your book Dragons’ Mate and where you got your inspiration for it?

I was up late one night watching the SyFy channel and while the movie was going on I had the urge to write. I’m a big fan of ménage books, and dragon happy and I’m pretty sure that all of this and the movie I was watching percolated in my brain and this was the result. I think it was Mega Croc.

2. Do you have a writing process? If so describe it.

I have no process. I write when I feel like it or if I see something that just sets me off and I have to get it down. I’ve tried sitting in front of the computer and just writing but it’s easy to find distractions. I’m sure I’ll never be the author that churns out a book every other month.

3. You’re given one million dollars, what would you spend it on?

Taxes first, LOL! Then I’d pay off my house, my car, my credit cards, get my husband a new car and pay for my daughter to get the schooling she wants.

4. If someone came up to you and wanted to tell you about an idea or a book they were writing, what would you do? Or what advice would you give?

I’d listen; make comments if they asked for them. Make sure your grammar and spelling are correct!

5. How do you react to a bad interview of one of your books?

Try to find out what they didn’t like about it. I prefer to do that in email form rather than open format. I’d like to know what would improve my writing. How they think it would have been better.

6. Are the names of characters in your novels important?

Sometimes. The men’s names in Dragons’ Mate are all dragon specific. I looked them up to reflect that. They are important for that. Most of the women’s are just names I like.

7. Would you rather write for children or adults?

Adults, though I have a children’s manuscript I can’t open on my computer that I really, really, want to submit.

8. Have you ever killed someone in a novel and regretted it later?

LOL! No, but it’s tempting! I try to find different ways while playing SIMS on the computer to see what works. Maybe that’s a bit TMI, huh?

9. Which do you find more embarrassing to write, violence or sex?

Violence is harder for me to write, but I don’t really want my parents to read my book! LOL! It’s not like they ever had sex, you know?

10. What would you do with 1 million ping pong balls?

Nothing good! My first thought was to drop them out the second story window and watch them roll into the street. Then I thought of having to pick them all up. My second was to dump them all in the lake and watch them bob around. But something would eat them and die. I can’t think of anything construction. Fun, but not constructive!

11. Do you believe in love at first sight? Have you ever experienced it?

Yes and yes. But I wouldn’t tell him for reasons I won’t go into even though he did tell me he loved me. I think of him and regret that I never admitted it before he died. That is a hard to live with.

12. What is one of your favourite traditions from your child hood that you would like to pass on to your child? (or if they’re older, have passed on.)

Is it sad that I can’t even think of one? They usually revolve around the holidays and I’m a big party pooper. Christmas is my least favourite holiday and I hate decorating for any of them.

Say it isn’t so! Why would you even ask such a sick question? The King is forever!

14. How do you overcome writers block?

Walk away for a bit and go back and try to get at least a sentence done. Sometimes that’s all it takes.

15. What is your favourite quote?

Damn the torpedoes! Full speed ahead!

16. Say you’re dead but are a ghost? You can’t be seen, can make objects float and walk through walls. What would you do?

17. What three things would you save from a fire at your house? (assume that all your family get out safe.)

My dragons(I have two), my purse and my backup hard drive.

18. Are there any new authors that have grabbed your interest?

That’s hard to say. I’ve read so many as I did book reviews for a year and a half. I definitely enjoyed Some Like it Haute by Jillian Leigh another one of Borough’s authors. I adore historical romances. They’re like a yummy piece of butterscotch you can savour and enjoy.

19. What are your current projects?

I am writing Drake’s Destiny, a second book to follow Dragons’ Mate. I am also writing a Christmas story based on my son’s tattoo, Saint Nicholas. He hates that! LOL! And a contemporary military romance using some of my experiences from when I was in the Navy.

20. Do you recall how your interest in writing occurred?

I would imagine twists to the books I was reading. Sometimes you don’t always like how they end. Or I wouldn’t want them to end and would carry on that world. That’s probably why when I was a teenager I loved Johanna Lindsey, she kept her characters going throughout several books.

21. If you couldn’t be an author, what career would you chose?

I enjoy the one I currently have. I am a Postmaster and most days I love my job. However, I will be happy to retire when the time comes as I already have over 25 years in, 30 years of federal service if you add in my military time. By the time I retire I’ll have 36 years of working for the government.

Dark Fire by Christine Feehan. I love the world she’s created. The characters in that one just seem to grab me. I wish Darius were mine! I don’t watch movies that are “chick flicks”, blah! I’d rather have action or science fiction. Nothing worse than a noisy kiss on screen. Ick! I prefer my imagination.

23. If you could go back in time and give yourself one piece of advice, what would it be?

DO NOT MARRY YOUR FIRST HUSBAND! 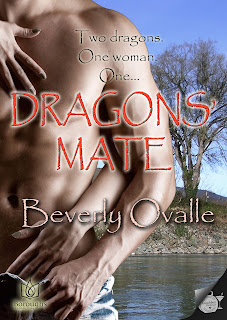 They had been searching for their mate, but when they find her she is traumatized and scared to be around strange men. They must get her to accept them before they reveal their true natures. Will their love be strong enough to break down her barriers? Could she truly be destined to love two dragons?

Today Annie’s dragons will shift and fulfill her every desire, which means a fiery threesome—and true love.

They slowly stared her down, gold and green eyes unblinking. Grrr, dragons. Sometimes she could tell they thought they were boss.

Tine suddenly leapt up and licked her from head to toe. Ew. Brand followed suit and licked her too, evidently not to be outdone. Ugh. Now she was wet and sticky all over. Glaring at them, she stripped and dove into the pond. The sensation was decadent, the movement of the warm water caressing her hypersensitive body. Then the water swirled behind her and she recognized the dragons had followed her in.

“Get out!” she cried, surfacing. She did not want to share. The boys were the reason she needed to rinse off in the first place.

Of course they didn’t listen; they loved to play like this. Brand came up beneath her,
positioning himself so that Annie was straddling his snout, and he lifted her up out of the water atop his head. After the dream she’d had, her flesh was tingling and reactive, and she had a flash of panic. That supple dragonskin kindled heat better left unexplored, and she was just about to dismount when Tine leapt up and nudged her forward, tumbling her off and dumping her headfirst into the water. From the noises, she swore both dragons were laughing. Then she thought she heard, It is time.

Beverly Ovalle lives in Wisconsin with her husband Edmond of 23 years and two Chinese Water Dragons. Having her own Dragons is expected as she is dragon crazy and anyone that walks in her house can tell. Her son Nicholas visits when he is on leave from the Marines.  Her daughter Susannah visits to grocery shop in the pantry and to see what might be cooking for dinner.

Beverly has traveled around the world thanks to five years in the US Navy and has worked for the government in one capacity or another for the past 30 years. Beverly and her brothers have travelled most of the continental United States as children due to the station wagon from Hell.  Still active with veterans, she is adjutant for her local AMVETS.

Beverly has been reading romances since her Aunt introduced her to the gothic romance in the fourth grade and is still reading every chance she gets.