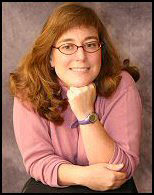 1. Tell me about your book, Whisper Bound and where you got your inspiration for it?

Whisper Bound is the first in a series of books about Whisper Washington. It’s an urban fantasy set in the town of Whisper Washington, where things aren’t always what they seem. There’s light mystery, some suspense and a bit of romance thrown in. I wanted utilize the ideas that are in current urban fantasy but I definitely wanted a different twist on those same themes. My main character has a gift, but it’s just whether or not someone is lying, so it’s rather minimal. There are lots of unusual things that happen in the town for readers who are looking for that.

While I’d say most authors in the genre of urban fantasy had some level of inspiration, the town and the families that populate the town and their interrelationships were actually inspired by Margaret Maron’s Deborah Knott series. I love the family in that series and I’ve actually gone to North Carolina in part because of how much I love that series, so when I created Whisper, I wanted people to want to come to this part of the world because they loved Whisper.

3. Are you mostly a clean or messy person?

I’m kind of messy, although I go through phases of tossing out as much clutter as I can. So I’m probably a clean, messy person. Is that  a non answer like Ninja Pirates? Clearly I have trouble with decisions.

4. If someone came up to you and wanted to tell you about an idea or a book they were writing, what would you do? Or what advice would you give?

I’d probably listen to them talk about it. I tend to get excited when people have ideas that they’re excited about so that would be my first reaction. If they wanted advice, I’d tell them to sit down and write. Lots of people have ideas but it’s making the time and making writing a priority where people fall down.

5. Are the names of characters in your novels important?

Many of them are. I have several places where I named a character for the meaning of the name rather than just the sound. I spent a great deal of time on the name of one of the characters in Whisper Bound. Finding those meanings is sometimes a little Easter egg for my readers.

6. Would you rather write for children or adults?

I’m definitely writing for adults. I could see a foray into young adult or teen readers but not for kids. Most of the themes I write about tend to be very nuanced so I’m not sure that most of my ideas are suitable for young people, other than some of the my characters are young.

7. What are the most important attributes to staying sane as a writer?

To me, being organized is one way I stay sane. I know what needs to be done so I can stay on top of it all. Also, being able to compartmentalize one book or another is also helpful. I’ve been self employed before moving into writing so the challenges of meeting people and making friends have always been there, but realizing that you do need to be social can be huge as well.

I think books are for entertainment and escape and to expand our horizons. Many people can’t get away from their home or meet people with different viewpoints, but books are an easy way to experience that with very little cost or effort. However, in introducing those new places and new ideas they must always entertain and let you forget about your world for awhile.

9. What do you like most about being a writer?

That’s actually a really hard question because there’s nothing I don’t like about being a writer. I write, whether I’m paid for it or not. It’s what I do. Being a writer, where my books are published and people can read them is like icing on the cake. I love to say that’s what I do because my real passion is story telling.

10. What’s the nicest thing you’ve ever done or ever been done for you?

I don’t know if this was the nicest thing I ever did but it was certainly the most awe inspiring to be the facilitator of this action. A friend who blogs about her cat lost that cat recently.  I also blog about my cat and I knew her. This was also part of what she did for a living, through product reviews and advertising. I knew she’d be devastated. I wanted to donate a little something to her favorite shelter but in the process of trying to find that out (she donated to many publicly so I wasn’t sure what to pick), I inadvertently started a movement. I put together a Go Fund Me site as a Memorial. The other pet bloggers also donated and we ended up giving $1250 to a small shelter, which absolutely amazed me. It wasn’t so much what I did but really that desire to do something nice kind of spiraled out of control.

11. What three things would you save from a fire at your house? (assume that all your family get out safe.)

Are my cats family? Because I’d take them first and there are three of them. If they don’t count as my three things, I’d take my computer and photos of my father. I have several other things that all vie for third place and they are all momentos of my childhood. One is the manger scene my father made when I was a very little girl, another are some favorite salt and pepper shakers he collected from when he was in the Navy and finally I have an old cook book of my mother’s that would tempt me too!

In that moment, I’d probably grab whichever of the last items were closest at hand and go!

12. How did you come up with the title for your latest book?

All of my titles are sort of plays on words with double meanings. I tend to come up with them while I’m in the shower, thinking about how to write a blurb. One friend had a phrase that she said would make a great book title and wanted me to write it, but that’s hard for me to do. I write and then come up with a title, based on what happens.

13. If you couldn’t be an author, what career would you chose?

I’d go back to being an acupuncturist. I do write non-fiction about acupuncture as well as fiction, so it’s not something I’ve left behind. However, I love the interaction with people being able to utilize that medicine.

14. If you could go back in time and give yourself one piece of advice, what would it be?

I’ve always written but I spent a lot of time not really writing anything serious. I’ve have told myself to always take my writing seriously and look towards publishing it no matter what area I’m writing about. I think I’d have had a lot more stories written by this time than I do. At 50 years old, that’s kind of scary to think that I won’t have time to write everything I want to write.

15. Name one thing that drives you crazy.

Mean spiritedness drives me crazy.  People do things for all different reasons but when those reasons make them do something to another person just because they don’t like them or what they stand for, that drives me crazy.

16. Do you prefer ebooks, paperbacks or hardcovers?

Paperbacks, followed by ebooks. Hardcovers are too big to travel well, whether on a long distance trip or when you grab one because you’re going to have to wait while you run an errand. I do like holding a book in my hands, as much as I love my ereader though! 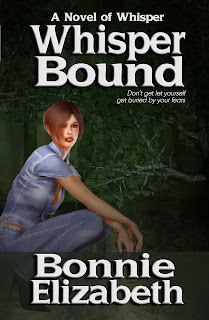 Not everything is what it seems in Whisper Washington, even mysteries.  When the local police know a case will have them asking questions that don’t have logical answers, they’re more than willing to turn it over to someone else. Fortunately, Whisper has Private Investigator Meg Barringer for just such situations.
Meg hardly has time to begin her own inquiries when her best friend is killed.  Then she’s pulled deep beneath the ground by a very angry earth spirit. Fortunately she’s given a reprieve. However, can she solve the spirit’s problem before it comes back to finish the job?
This is the first in a series of novels about Whisper.

Bonnie Elizabeth has been writing since she was 8 years old. She began with a story about the Oregon Trail and finished in five pages. That story has long since been lost. Since that time she has worked a variety of jobs including veterinary receptionist, library assistant, bookstore clerk, cemetery administrator and as an acupuncturist.

In addition to writing novels, she has written extensively about acupuncture. She also blogs as her cat Chey.