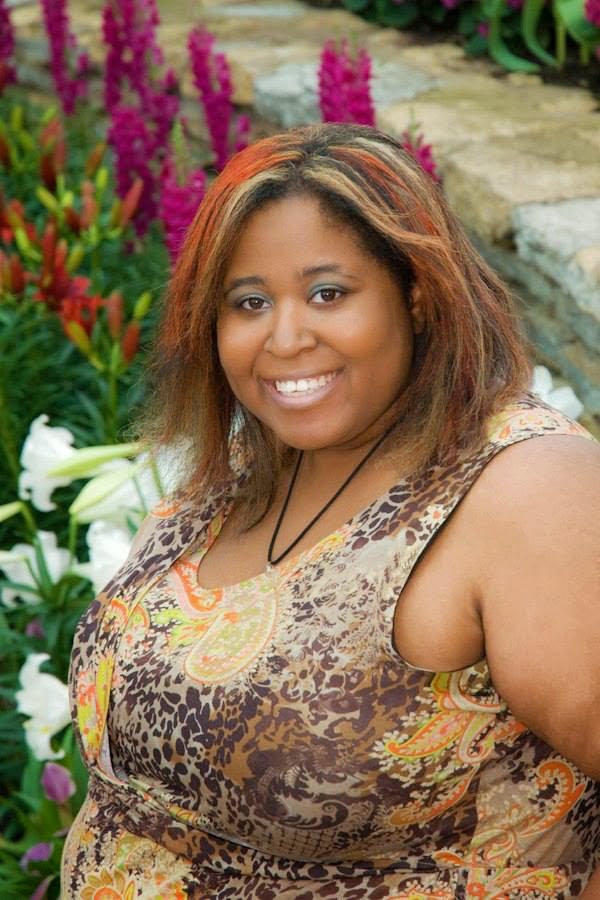 1. Tell me about your book Double Hue and where you got your inspiration for it?

This was a book idea I had in my head for a while, but it kind of got pushed aside for a little while as I worked on my first book, “Treat Me Kindly,” and the joint book I have with my partner, “Seeking the Storyteller.” Then, last year, my state (Minnesota) had the whole “Vote No” campaign going over the marriage amendment. There was a lot of talk about gay marriage, and I’ve been with my partner for 12 years, so I’m really passionate about gay marriage since her and I want to get married. It reminded me of this story, since it deals with a gay couple who’ve been together for 4 years and have to deal with coming out. However, since it’s me and I can’t ever seem to write something simple, it also has a homophobic killer who’s attracted to gay men and a main character who can go back in time via his dreams.

Hi, welcome to the inside of my brain.

2. Do you admire your own work?

I admire the fact that I’m actually going for my dreams now. It took me a while to reach this point, so I’m happy that I’m trying now. I love the fact that I’m a creative person. I’m the type who will see a person or a hairstyle or tattoo and thing, “That would be cool in a story,” and I really love that I can do that.

3. Do you enjoy giving interviews?

Honestly, at first, it was hard actually talking about myself and my work so much. I’m use to job interviews for the 9 to 5 world and things like that, and I get nervous doing those, so doing interviews about things I myself created can be even more of a challenge. I think there are plenty of resources for us to learn how to do well on interviews and talk about our skills and why we’re good for certain jobs, but when it comes to doing interviews to talk about something so personal – our creativity and ideas and whatnot – that’s not something that people try and teach us how to do. It’s hard sometimes pitching something you worked on, but it’s also a lot of fun. It’s great talking about your characters and your worlds and why you’re so passionate about those things. I love doing them! And, of course, I love the exposure to my work (lol).

4. Have you ever read or seen yourself as a character in a book or movie?

Not completely. What I mean is that I may run into a character who likes the same things as me, or share the same opinions on things, but I’ve never seen a character and thought, “Wow, that’s me,” just, “Oh hey I agree with this character,” or, “Wow I like that thing they like, too.”

5. What is the most demeaning thing said about you as a writer and how did you bounce back from it?

You know, no one has really said anything that’s upset me as far as my books go. Everyone is entitled to their opinion and I know that not everyone is going to love my work. I’ve gotten some low reviews before, but they actually go into the reason why and I can respect that.

Now I have written things in the past where people say things that just boggle my mind. I use to write fanfiction, and sometimes it would involve M/M romance, and I’d occasionally get the negative review that says something like, “Yuck I hate that they’re gay.” Now, like I said, you’re entitled to your opinion, but with that sort of review it’s like, “Why would you read a M/M story knowing that you don’t like M/M stories?” To me, that’s completely different then getting a low review that goes into things like plot, and character, and writing style, and things like that. I tend to ignore those.

I haven’t really gotten anything demeaning about my own writing, but I have heard things demeaning about writing itself. How writing isn’t a real job, or how it’s so easy, and those things aren’t true. Writing and being creative is one of the most difficult things to do. It’s hard creating something that other people will not only enjoy, but they’ll enjoy it so much that it sticks with them and they want to share it with others. That’s hard to do. But sometimes there’s this stereotype of it “not being a real job” because it’s not a normal 9 to 5 routine. That use to discourage me a lot. I bounced back because I realized that this is something I really want to do, and I feel like it’s something that I’m good at and something I love to do. My parents use to tell me that you’d spend a good portion of your life working, so you should do something that you love. This is what I love.

6. While you were writing, did you ever feel as if you were one of the characters?

I think there’s a little bit of me in my characters. It’s not like I’m actually inserting myself into the story, but the characters will have a hint of me somewhere. For example, in “Double Hue,” my character Avery is a video game geek like I am. He even mentions being excited about “Kingdom Hearts 3,” and I literally slipped that in when they announced the new game over the summer (not like I’ve been waiting for years for that game or anything… o.k. I have, I have been waiting forever!)

7. Have you ever hated something you wrote?

I say yes playfully, but honestly, I don’t mean it. Since I use to write fanfiction there are websites that still have some of my old, old fics. Fics I wrote back when I was 18. I’m 30 now. My style has changed a lot since then, so sometimes I have moments of, “Oh god please don’t read those old stories I hate them!” But I don’t really hate them. We all start somewhere, and it is a good way to see how far I’ve come.

So no, I don’t really hate anything I’ve written. However, I’m not going to tell you where those old stories are!

8. Do you push the elevator button more than once? Does it really make it go faster?

I don’t, so I’m not sure. Maybe “Mythbusters” knows?

I love both, but I don’t actively go looking for the sunrise since I’m usually sleeping (except for in the winter). One of the most interesting moments I’ve had was seeing the sun set and rise on the same day. I was flying to London in college for a study abroad program. When I left the U.S., I saw the sun set, because there was a layover and everything. When I got to London, because of the time change, I saw the sun rise because it was morning there.

10. Do you prefer blue or black inked pens?

Are those my only options? What about purple? Or green?

11. What was your favourite subject at school?

I loved English, I always have, because of writing and things. Oddly enough, I also loved Math. A lot. I was really good at Algebra and Trigonometry.

12. What was your favourite cartoon growing up?

Actually that’s just one of many, many cartoons. It ranged from Rainbow Brite to He-Man, She-Ra to Tom and Jerry, Batman the Animated Series, X-Men, Pirates of Dark Water, Looney Tunes, Rocky and Bullwinkle, Animaniacs and Pinky and the Brain, all this and a ton more and then there’s anime, too. This list would take over your entire interview!

13. What sort of Starbuck’s coffee would your characters order? Simple coffee, complicated soy-non-fat-extra-espresso-half-caff-nightmare?

Avery actually drinks the fancy coffee drinks, the ones that taste more like chocolate and whipped cream instead of coffee. Gable makes fun of him for it.

14. What sort of environment do you write in? (e.g. quiet room, a cupboard with headphones on, in a death match with the cat for control of the keyboard)

I tend to write at home, maybe with a cup of hot chocolate. Sometimes the T.V. is playing in the background, usually some show I don’t have to pay attention to because I’ve seen it already. Or sometimes I’m listening to Sonic the Hedgehog music or the soundtrack to some anime series I’m obsessed with (Attack on Titan comes to mind.) I need some sort of background noise to write and usually can’t do it with a bunch of people around. However, a couple of friends is fine. In fact, I sometimes write at my good friend Nate’s house, and we’ll have dinner or breakfast or something and just all write on our laptops or something. It’s quite nice.

15. What was the point you realised that being an author was no longer a dream but a reality?

When I saw it on Amazon and on the publisher website. And when my mom called me to say that she had it on her Kindle. Even after all of the editing and looking for reviewers and things like that, it was that moment on release day where I was like, “Wow. It’s really happening!”

16. How do you handle working with an editor without letting pride get in the way?

You just have to realize that the editor is there to help, not change your story. If the publisher wanted your story completely changed, chances are they wouldn’t have accepted it in the first place. The editor is there to make a stronger story, not change your plot or settings or characters. And it’s also nice to have another set of eyes read your story anyway. I tend to read over it multiple times anyway, but the editor always manages to catch something even after I feel like I caught all the grammatical mistakes.

17. How do you deal with brilliant ideas that pop up while you’re writing something else?

I jot down the idea somewhere, usually in a Google doc (god bless Google docs). I also email my partner with whatever idea I have because she makes a great creative muse. She’ll discuss the idea with me and we’ll go back and forth about it, but I always try to put it aside if I’m in the middle of writing something else, especially if it’s something with a due date (like a book that’s going to be released). 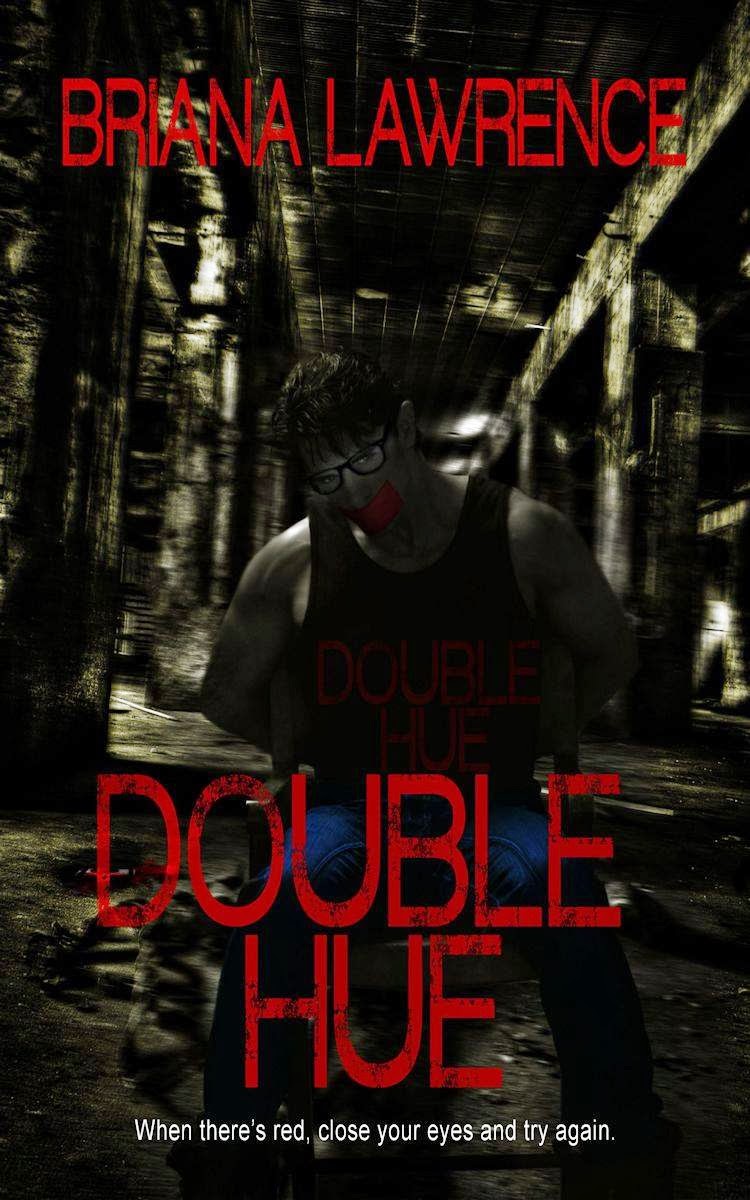 "Maybe he's right. Maybe I am the cause of this. Maybe you were normal before meeting me."

When something tragic happens, you want nothing more than to close your eyes and make all of the pain go away. For Gable Peterson it's a little more complicated than that. When detective Maurice Ashford shows up at his door with news that his boyfriend, Avery Blair, has been found dead, Gable is left devastated. Seeking some sort of comfort, Gable closes his eyes and imagines a world where none of this happened.

Only, when Gable wakes up, he's surprised to see that Avery is still alive.

At the age of nine, like most kids, Briana Lawrence had a dream. She wanted to be the best "WRITTER" in the whole wide world. Her fourth grade class laughed and wondered how one hoped to become a "writer" if they couldn't even spell the word. Back then her stories were created with crayons and construction paper. Now all grown up and a graduate of Iowa State University, she is working at making the dream a reality.