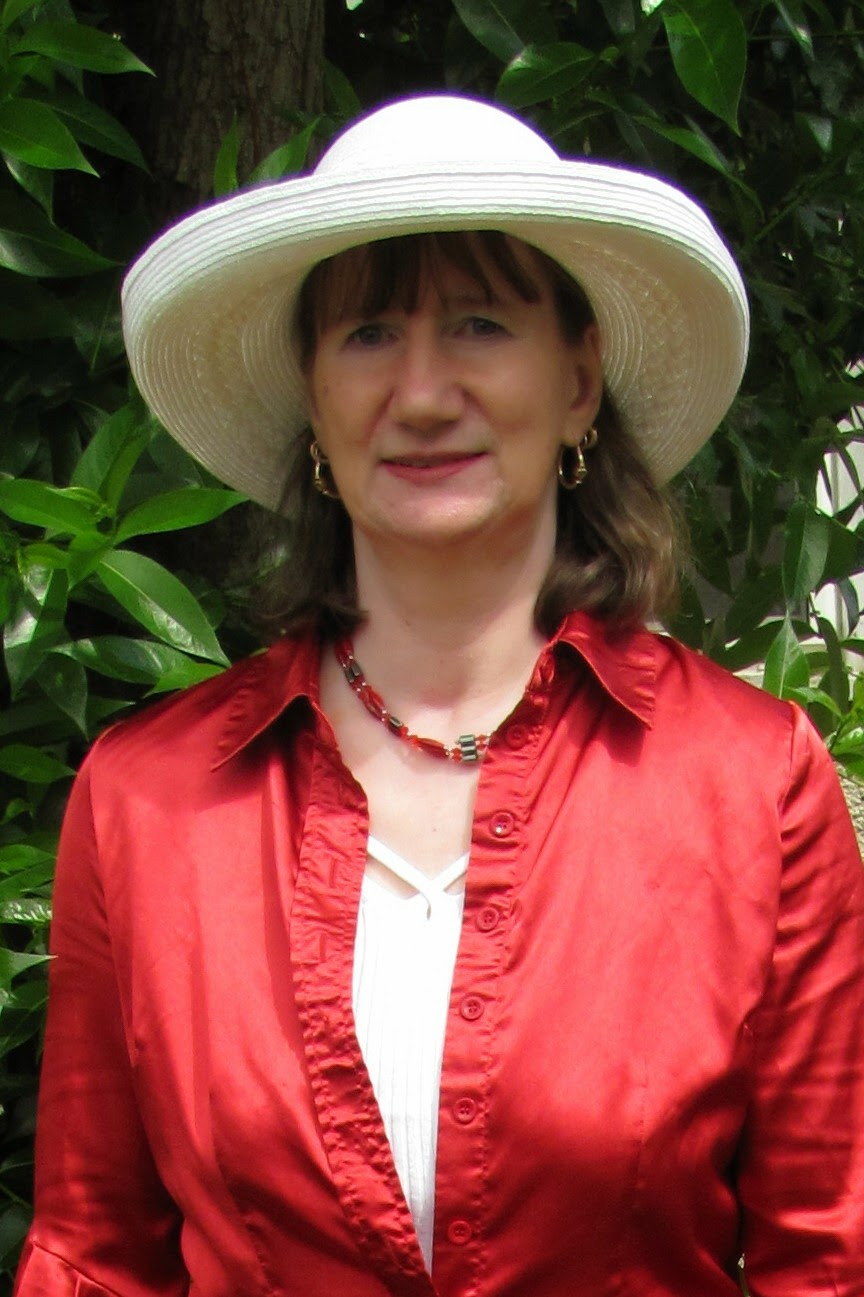 1. Tell me about your book, Gold Fever, and where you got your inspiration for it?

It's a long story spanning seventy-five years. Between 1938 and 1940 my father and two of his brothers had a gold claim along the Salmo River in southern British Columbia. In 1980 he took me, my mother, my husband and our five children on a camping trip to show us his former claim. In 1992 my husband and I went to the river and staked a gold claim, part of which included a section of my father's old claim. In Gold Fever a young woman, Boni Baldwin, accompanies her mother, Elsie Wiggins, to the Salmo River to see if they can discover any new clues to the disappearance of Elsie's father fifty-five years earlier while panning for gold.

For me, the biggest challenge I have is believing I will be able to flesh out my idea into a full length novel. Then I remember that all I have to do is always take the next logical step.

3. What is your favourite character from your book and why?

I like Elsie Wiggins. She is in her sixties and is gutsy, determined, caring and will not be pushed around.

4. Have you ever written a book that you loved but were unable to get published?

I have many unpublished manuscripts where I fell in love with the idea and wrote the story. They are on my computer and every once in a while I revisit them and send out a query with synopsis. Maybe one day…

5. What was the toughest criticism given to you as a writer and the nicest compliment?

The toughest criticism I received was from one woman who had read the first novel in my Travelling Detective Series. At the book signing for the second in the series she told me she didn't like my main character because she was too nosy. But the woman bought my second novel adding, "Just in case she (the main character) has changed." The nicest compliment I have received is readers asking me when the fourth book in my series will be out.

6. Is there one subject you would never write about as an author?

Abuse of children and animals.

7. Where did your love of books/storytelling/reading/writing/etc. come from?

Like most writers, I have loved to read since I was a child. My favourite books were the Trixie Beldon and Nancy Drew series and that's where I got my love of mysteries.

8. What are you ambitions for your writing career?

I wrote a stage play based on a my short story titled, A Capital Offense, and presented it in the Fringe in my town. I would like to write a movie script based on one of my books.

I believe doing a book series is a great way to have a writing career. I have written two book series, one non-fiction, one fiction. The non-fiction consisted of seven travel books (Backroads Series) about what to see and do along the roads of Alberta, British Columbia, the Yukon and Alaska. I had so much fun travelling those back roads learning what the people and places had to offer. The second series is a set of three mystery novels (hopefully more to come) in which my main character is a travel writer who gets drawn into solving murders while doing research for travel articles. I call them my Travelling Detective Series. By doing a fiction series I have more time to establish the main character, adding layers to her life in each successive book. Plus, the reader knows what type of mystery to expect with each new book. What I have to make sure with every book is that I keep the plot different from the others.

10. If I came to your house for dinner, what would you prepare for me?

I am Scottish but I would make you a plate of perogies with sour cream and bacon.

12. What is the weirdest foods you eat together and most people would consider disgusting?

13. What’s your star sign? Do you read your horoscope and do you believe them?

I am on the cusp of Aries and Taurus so I read both of them. As for believing, I have been disappointed more times than not so not sure how I feel.

14. If you could chose to stay a certain age forever, what age would it be and why?

Forty. That was the birthday I found out that I wasn't getting older, I was getting better.

15. What was the first thing you bought with your own money?

When I was nine I went door to door selling corsages made by an older woman in our neighbourhood. I used that money to buy my mother a bouquet of artificial flowers for Mother's Day.

Hiding out somewhere trying to figure out the answers to questions 27 and 28. (If you could be the original author of any book, what would it be and why? & Is it wrong for vegetarians to eat animal crackers?)

In the first novel of my series a skeleton is discovered in a septic tank. I based that premise on a story I had read of a partially decomposed body being found in a septic tank on some farmland near where I lived. When I finished writing that novel, I looked up the idea on the Internet and learned that it is not such an unlikely concept. There have been many people charged with murder after a loved one was found in a septic tank. One body was found only half way in. I guess if I could handle the smell and the opening was large enough I would try that. 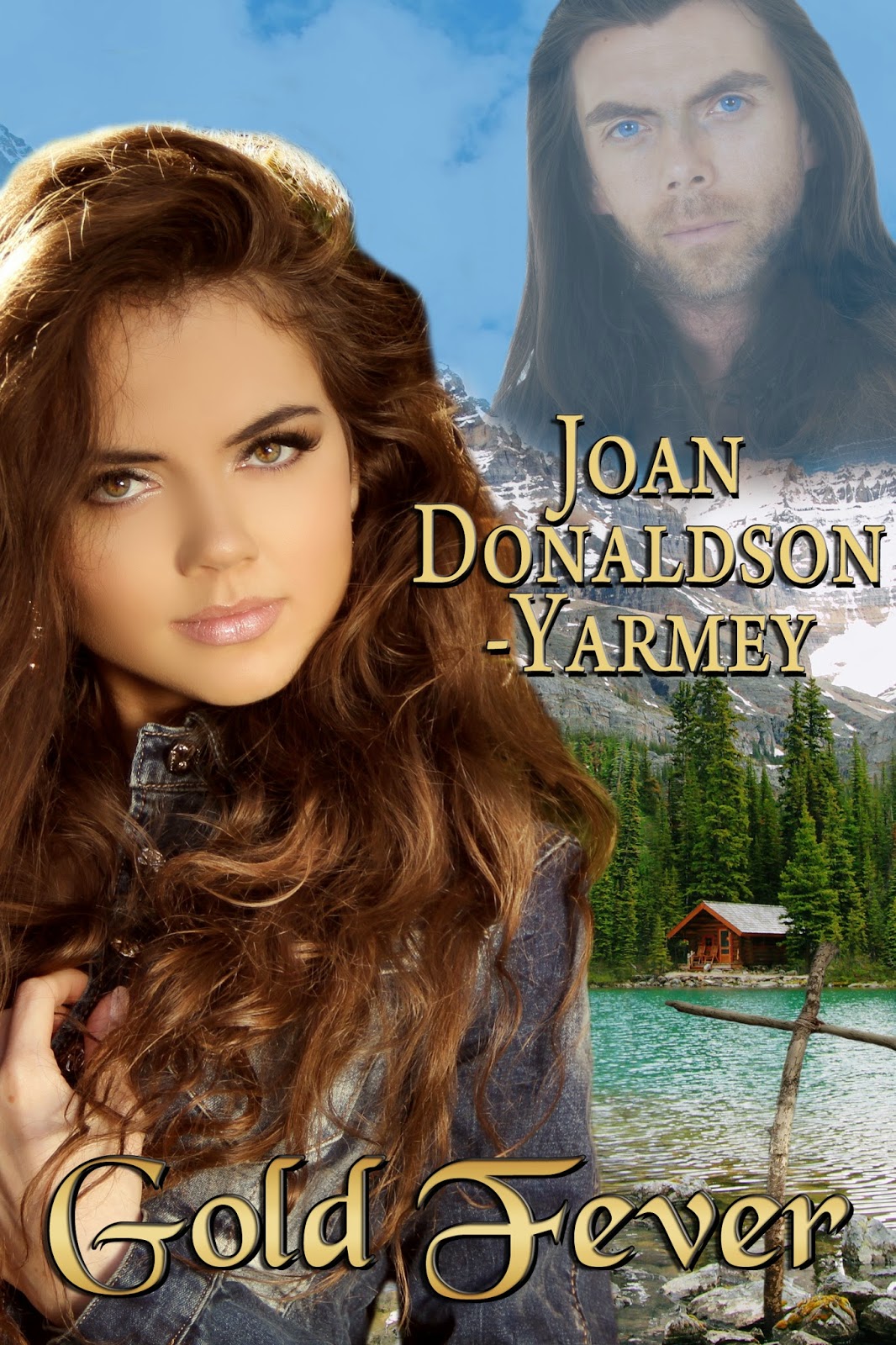 Boni Baldwin is taken out of the city and thrust into an environment she dislikes-- camping. Her mother, Elsie Wiggins, is on a quest to find information on her father who disappeared fifty-five years ago in the mountains of southern British Columbia and Boni is the only one of her children who is able, but reluctant, to accompany her.
The first person they meet is Rick, a mountain man who has a claim on the Salmo River and is prospecting with his grandfather for gold. He offers to show Boni around the area hoping to convince her that being in the bush is not a terrible thing. They also meet Jerry, who is the one Elsie contacted about camping on his gold claim. Jerry offers to show Elsie how to pan for gold during her stay. Boni and Elsie are threatened by other prospectors along the river and told to leave. When they don't, their campsite is trashed, twice. This scares Boni but only makes Elsie mad. No Rambo wannabees are going to frighten her away. They do discover some new clues about Elsie's father after all these years, but all that comes to an end when the man they are scheduled to interview is murdered before they get to his house. As much as they hate to admit it, both Rick and Jerry are on their list of suspects for the trashing of their campsite and for the murder.

Joan was born in New Westminster, B.C. and raised in Edmonton, Alberta. She married soon after graduation and moved to a farm where she had two children. Over the years she has worked as a bartender, hotel maid, cashier, bank teller, bookkeeper, printing press operator, meat wrapper, gold prospector, warehouse shipper, house renovator and nursing attendant. During that time she raised her children and helped raise three step-children. She also has had travel and historical articles published in magazines.
She loves change so have moved over thirty times in her life, living on acreages and farms and in small towns and cities throughout Alberta and B.C. She now lives on an acreage in the Port Alberni Valley on Vancouver Island with her husband, four female cats, and one stray male cat.