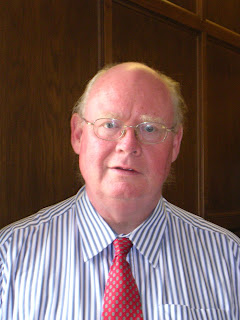 1. Tell me about Corruption of Power and where you got your inspiration for it?

The novel takes place in the period following Russia’s incursion into Crimea and Eastern Ukraine. An unapologetic Russia President, Karpev, encouraged by the paucity of the West’s response, now seeks to expand his country’s territorial influence and control to other former countries of the Soviet Union. However, knowing the West will retaliate with further economic sanctions, he seeks first new markets for Russia’s massive energy resources in Asia so as to reduce his country’s reliance on Europe. These plans go awry and threaten to bring the  violent conflict raging in the Middle East to Russia’s own border, and Karpev commissions independent troubleshooter, Alex Leksin, to resolve the issue. Leksin’s investigations shift rapidly from Moscow to Turkmenistan, one of the most sinister countries in the world at the heart of Central Asia. Here he finds himself operating against a background of political corruption, state-sponsored terrorism and increased Taliban insurgency.
The inspiration for the book, I suppose, is twofold. First, I lived and worked in Russian and Central Asia from many years, dealing with oligarchs and senior government figures on a regular basis and travelling extensively, often to places with restricted access to foreigners. I got to know the region well and experienced all the frustrations of operating there. While the novel is of course fiction, many of the anecdotes are inspired by actual events. Second, as result of having lived there for so long, I have a natural interest in the region, so I am drawn to articles about Russia and Central Asia and follow the local press.

2. How did you come up with the titles for your books?

Well, there have been two books so far in the Leksin thriller series. The title of the first, The Oligarch, really speaks for itself. The story is about the struggle between President and oligarch when President Karpev grabs back ownership of the massive industries the oligarchs acquired from a befuddled Yeltsin soon after the fall of communism.
Corruption of Power refers to the famous quote of Lord Action: ‘Power tends to corrupt and absolute power corrupts absolutely’. In this thriller, the corruption is at all levels: government, big business, individual.

Simple, really – I felt I had a story to tell. In the first in the Leksin thriller series, The Oligarch, the setting is an Arctic mining town in Siberia, cut off from the rest of Russia – no rail links, sea access only possible with a nuclear icebreaker, and flights weather-restricted. I lived for six months on assignment in a town just like this, and when I wasn’t working, there wasn’t little else to do. So I thought up the story of a novel as a way of passing the time. In Corruption of Power, I spent the best part of five years in Central Asia – it is, in parts, a profoundly disturbing place with only a thin veneer of law and order. Travelling was a nightmare, and often when I had to go to Ashgabat for a single meeting, I had to stay in Turkmenistan for three-to-four days because transport was so sporadic. It was during these periods that the spark of the idea for the thriller developed.

4. Do you find your social life hampered by your writing?

Probably not as much as I should. Right up until the time I have completed a first draft, I am very undisciplined, writing in fits and starts and letting my writing interfere with my other activities as little as possible. It is only after I have a complete first draft that I really start devoting myself fulltime to the task, at which point I tend to shelve other activities to a large extent until I have a draft ready to send to my team of readers for their comments.

5. What in your opinion are the key ingredients in maintaining a good relationship with your readers?

I have to confess to being a bit of a novice at this. I’m am trying to establish a rapport with them through my website, by participating in the main literary forums, by keeping them informed via twitter, and so on. There is a contact page on my website through which I hope to interact with my readers - and so far I have managed to answer every email sent to me via this. I am also about to launch a monthly Corruption of Power newsletter which will discuss aspects of the story and its characters, provide a bit of humour, and deal with some of the more controversial matter raised in the book. My readers can subscribe to this via the contact page of my website.

6. If you could personally have witnessed anything, what would you have wanted to have seen?

Boris Yeltsin standing on a tank outside the White House (Russian parliament building) in Moscow during the attempted coup in 1991.
By way of background, Mikhail Gorbachev was trapped in Crimea, and a group of communist hardliners took advantage of his absence to stage a takeover. It was a critical moment and threatened to put an end to glasnost and perestroika that had so abruptly torn down the Iron Curtain. The coup’s leaders, having failed to take control of the White House, ordered in the tanks, at which point Yeltsin climbed upon one of the tanks and boomed in true Shakespearean tradition: “Soldiers, officers, generals, the clouds of terror and dictatorship are gathering over the whole country. They must not be allowed to bring eternal night." Many of the soldiers, already concerned about the legality of their orders from the coup’s leaders, trained their guns away from the White House and joined in its defence.
If they had done otherwise, who know? Russia might even now be under the shadow of communism.

7. If you could have anyone looked into a room so that you could torment them  for a day, who would it be and how would you torment them?

Tony Blair in a basement room in Mosul. I would give him the choice of admitting he misled the public and was wrong to wage war on Iraq, or being released on his own into this ISIS controlled town.

8. If you were President what would be the first thing you’d do?

Well, I’m British, so really unqualified to speak about American politics. However, as an observer, I find it hard to understand the lack of gun control there. Clearly the gun lobby is strong, but if I were President, I’d continue Obama’s opposition to it.

9. What are your three biggest pet peeves?

In no particular order:
·         cold calls (especially in the evening while I’m eating my dinner);
·         call centres (where I am kept waiting, then moved through several layers of option, before finally being put through to the wrong person)
·         split infinitives.

10. What is the last picture you took on your phone? 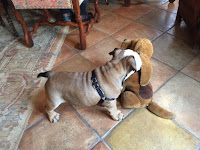 11. What is your favourite word?

Undoubtedly, ‘more’ – in the sense that Boris Johnson, Mayor of London, put it: “my policy on cake is pro having it and pro eating it”.

12.What is the last book you read without skipping through anything?

I have just finished re-reading John Le Carré’s A Delicate Truth. I thought it was an awesome thriller first time round, and reading it a second time reinforced that view. The book starts with an intelligence operation in Gibraltar which an overly ambitious UK Minister has authorised involving the illegal snatch of a suspected Al-Qaeda leader. The main story is about the aftermath once the operation goes disastrously wrong. Two career civil servants from the Foreign Office have knowledge of the operation that threatens the Minister’s position - one nearing the end of his career, the other at the start of his – and they are posted far apart. Eventually, though, they meet and compare notes.
To my mind, Le Carré is the master of the thriller genre, and stylistically he just gets better and better. His characters come to life on the page, and as usual, it is the ‘little people’ in A Delicate Truth who are the heroes. He writes with humour and the dialogue is, as always, faultless.

Ukraine is only the opening gambit, so far as the Russian President is concerned. With his sights set on territorial expansion and undeterred by the prospect of a new Cold War, he intends first to shift Russia’s economic focus towards the East in order to shield the country from the reprisals that his next move is sure to provoke. The President delegates to his Prime Minister the redeployment of Russia's vast energy resources, a vital component of his strategy. But when plans for a pipeline to run through Turkmenistan and Afghanistan tilt off-course, it threatens to spread the current conflagration in the Middle East right up to Russia’s own borders. Against a background of political corruption, state-sponsored terrorism and increased Taliban insurgency, the President turns to independent troubleshooter ALEX LEKSIN whose investigations take him from Moscow into one of the world's most sinister countries, right at the heart of Central Asia.
Read an Extract here
BUY


George Eccles moved in 1994 from London to live in Russia and Central Asia during the tumultuous period that followed the breakup of the Soviet Union. His work involved extensive travel throughout Russia, Kazakhstan, Uzbekistan and Turkmenistan - often to places with restricted access to foreigners. During his time there, he advised a number of real-life oligarchs how best to take advantage of the opportunities that became available as regulation crumbled and government became increasingly corrupt. His first thriller: The Oligarch, was awarded a Silver Medal both at the Global E-book Awards 2013 and at the Independent Publishers Book Awards 2013. His second novel, Corruption of Power, was published by Peach Publishing in December 2015. He now lives with his wife – and a cat called Lenin and a bulldog called Boris - in a hilltop village not far from Cannes in the South of France.