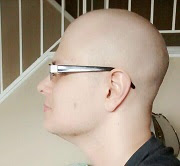 1. Tell me about your book, Rising Vengeance, and where you got your inspiration for it?

It’s an Epic Fantasy novel sort of similar in concept to A Song of Ice and Fire by George R. R. Martin. It’s a political intrigue/full war/apocalypse novel, set on the continent (world) of Anaria. Ten nations constantly at war with each other. No real allegiance between any of the countries, despite blood ties between their leaders and their peoples.

I’ve actually put together a list of actors I would love to see in a movie adaptation of my book. Gerard Butler or James MacAvoy would be my first choice as the lead for Rising Vengeance. But other actors I would love to have (unrealistic to have them all, but I can dream) are Charlize Theron, Tobin Bell (Saw), Tom Hiddelston, and Ewin McGregor.

3. What are the top three books in you TBR pile?

It’s more of an Authors To Be Read pile. 1) Neil Gaimen 2) Steven Erikson 3) Robin Hobb
I haven’t read much by any of them, and that’s basically a crime as a fantasy author.

Sort of. Once, two police officers were doing a traffic stop (ride program sort of thing) and I think that they must have been really bored. This was a pretty out of the way intersection. They ran my plates and license, then asked what I do for a living. They let me go, no ticket, no warnings. They just had to have been really bored.

5. If you could have one meal for the rest of your life what would it be?

Shepard’s pie. I don’t know what it is, but I love it. I’ve literally gone a week eating leftover shepard’s pie at least two meals a day.

6. What is the longest you’ve gone without writing?

Way too long. There have been times where my writer’s block has been so bad, that putting two lines down on a page once is a good month.

The idea of immortality is pretty motivating. That thought of having been dead for 100 years and people maybe still being moved and inspired by something that you created.

I’m almost exclusively a fantasy writer. No other genre for me really has the same appeal. And, since I’m an egomaniacal narcissist, a genre where I get to play god on a much deeper level, where I get to literally create a world with whatever laws of man and science that I want to have there, is a great thing.

Always. And then I let it stew in between rounds of editing. Coming back to a work after a breathing period gives me a detachment to the piece, so it’s easier to know if what I’ve put down actually says what I meant to say.

10. Do you think giving away books for free works and why?

I do. I often do free book promotions for Rising Vengeance’s eBook. I notice that a free eBook tends to attract attention, and people will download it even if otherwise they aren’t sure they’re interested. And, since I have a sequel available, Devil’s Dominion, it’s hopefully making more people want to buy my second book, because they’ve gotten attached to the story.

A bit of both. You can never write something that it’s obvious your character wouldn’t do, and you have to let the story grow naturally. But you still have to be in control of what you’re writing, otherwise, you’ll never get to the end of the story.

I work as a receiver in a pet store. I like the job, but it doesn’t leave a lot of time (or energy) at the end of the day to sit and write unless I’m on a writing stretch already and have that extra motivation.

In Rising Vengeance, I’m not sure that I’m really likely to get along with any of my characters, which is probably weird. Early on, the book’s main focus is on one character, and the rest don’t have personalities defined by more than stereotypical traits until much deeper into the story. 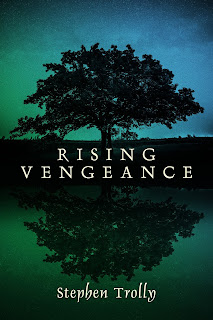 For ten thousand years and ten thousand times that, the Morschen of Anaria have dwelt in a perpetual state of warring peace with each other, wielding their elemental magic and training massive armies that all too often find their way to a battlefield.
Ten nations, who stand or fall by the sword, each with its own ancient and proud beginning, come together every year for a time of common council. For years beyond count, they have fought wars and made peace among each other, only to repeat the process a decade or a century later. But an enemy, long thought defeated in the great war that was fought at the dawn of time, has awakened once more, and his eye is fixed on the world he failed to take.
Will the one real leader that the Morschen have be able to see the meaning of a nightmare in time? Will his fellows be able to push past their disputes to name a ruler who can truly unite them? Will loyalties that have held for a thousand years stay strong under a new threat? Will a world ruled by magic and sword see a hero rise? Or will everything that they have worked for come crashing down around them?
BUY

Stephen Trolly is a self-published fantasy novelist from Ottawa, Canada. He is a recent Professional Writing graduate from Algonquin College. In addition to writing, Stephen enjoys archery, long walks in the woods, and somehow, turning everything he’s asked to write about himself into something that could probably be on a dating profile. Stephen’s two books, Rising Vengeance and its sequel Devil’s Dominion, are both available on Amazon in eBook and paperback formats.