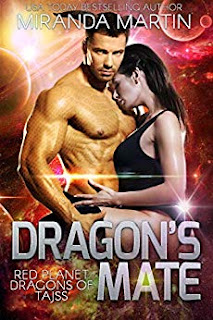 All I ever wanted was someone to love. Now my best friend is knocked up by the only hunky alien-dragon available and I can't tell anyone how totally jealous I am. The handful of humans who survived our ship's crash are locked in a struggle to live in sweltering heat with dwindling supplies.

The others are taking the life giving, addictive epis but if I take it that means I'm stuck here. Forever. Which also means the chance of being rescued by a knight in shining armor would be zero.

If that weren't enough, I go and get myself kidnapped and he's another big, sexy, alien-dragon warrior.

This book follows Jolie, leaving off right where the last book did, with her disappearing, except because its from her point of view we know exactly where she went and what sort of trouble she got herself into.

I found Jolie very similar to Calista from the first book, both big sci-fi geeks, though Jolie seems to be more fixed on Doctor Who with numerous reference to Galifrey, it must have been heaven when she realized that Sverre has two hearts. Jolie is short and a lot more delicate looking that Calista so she gets a lot more flack from her dragon man about safety.

In this story Sverre (whose name I have no idea if I am pronouncing correctly) is the one who is the most different from his counter part of Laydon in the first book. Sverre is a thinker, a leader who remembers much more about what their world was like before the war and blames himself for the devastation. He wars with his desire to possess Jolie and his guilt believing that a man such as he should not be allowed such a beautiful woman.

We get to see more of the technological side of the story, with Sverre remembering how to work things and fix things including the shield as trouble is coming. Although is says you should be able to read this book on its own, there is enough ties back to the first book that I would suggest starting at one and working your way from the beginning - and I've just learned there are 13 titles in the series. Jeepers. 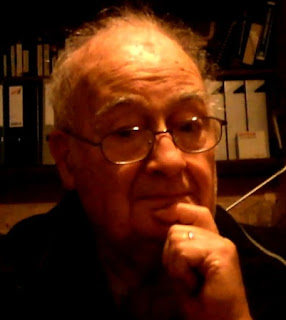 1. Tell me about your book, Points Of View, and where you got your inspiration for it?

I'd read through all those Harry Potter books and seen the films. They made me dream up a series of SciFi novels about an introvert youth with intelligent superhuman eyes. The price he had to pay for them was to become apprenticed to an extrovert government secret agent. Once I got into each book, the ideas flooded out and into the computer. Some parts seem to write themselves. It was an exhilarating experience.

Writing a novel needs patience and depending on the genre, a fair amount of research. My hero travels all over the world, helping his mentor to sort things out. Apart from the geographic details I had to research all about the electromagnetic spectrum to work out how his eyes could use the different frequencies, and what different abilities he would then possess. He only discovers them when faced with danger. There are quite a few instances of what happens in each book.

3. What was the most influential book you´ve read this year?

Well, it isn´t fictional, it was Quantum Mechanics by Beki Becker. I needed to know more about the subject because it features in Book 3 of my Points of View series. Now I know why a certain famous scientist claimed that nobody understands quantum mechanics!

4. If you could bring one musician back from the dead, who would it be and why?

John Lennon! His murder was an outrageous event. To deprive the world of such a talent is unforgivable. His murderer should die in jail and maybe he will.

5. What is your best childhood memory?

Sitting on my bed and telling my younger sister and brothers all kinds of stories I dreamed up. The always wanted more.

6. If you could time travel, would you go to the past or the future?

That question gets me into my short story collection, Time Travel Troubles. I show why it must be highly hazardous to travel in either direction. The book’s introduction explains why, and the stories each illustrate the ensuing disasters in different ways .However, if I could do it I´d dive into the future every year or so to see how things have developed... and if any of my predictions have come true.

The only honest answer is a craving to be recognized as a good writer. It cannot be for the money!

Science Fiction! I´ve been a serious fan of it for about 80 years now and met several of famous writers at conventions. I like to mention to people who ask, that I mostly write near future speculative fiction, with a touch of humour where I can fit it in.

Not always, sometimes it might be almost immediately, others may take longer. It often depends on my editor and how fast she returns my MSS with suggestions.

Yes it does, but I believe a cover should reflect what´s inside the book. Sometimes the artist needs to kept on a chain. I often try to do my own covers..

11. What part of your writing time do you dedicate to marketing your books?

I hate answering that question because nowadays, if you´re self-publishing it can take as much as 80% of your available time. This is the grim voice of experience.

12. What do you find are the most effective way of marketing your books ?

A solid presence on the internet and keep it going, plus as many reviews as you can get. I often try a special discount promotion which can work okay but you still must spread the news about it as widely as possible. Some advertising on the social websites can be effective. Interviews can be useful too!!

13. What are your thoughts on good/bad reviews?

Bad reviews can be very frustrating and even hurtful. Not long ago I had one on Amazon with only 2 stars and a comment saying, “This far-fetched book is not what I normally read”. The following week Amazon deleted a lot of my good reviews with no explanation and only left me that bad one. I had to set up a rescue operation by appealing to as many acquaintances as possible with the sad story. They responded handsomely, bought the book, which was a second copy for a couple of them, and sent Amazon enough good reviews, to save the promotion I was doing at the time. 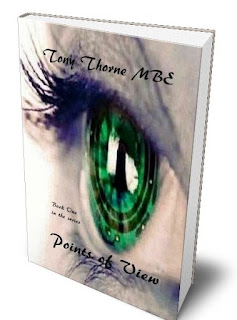 In POINTS OF VIEW, the hero is a young blind Londoner, named Horace Mayberry, who gets fitted out with some nanotronic eyes. They are inherently intelligent and can develop various functions to assist in whatever awkward situations the lad gets into. Horace is a cautious lad, who also occasionally experiences vivid dreams. He is recruited into a secret government agency in payment for his new eyes, as an apprehensive assistant to an experienced agent, Captain Aubrey Jackson, and embarks on a series of adventures, including being abducted twice by an international gang of crooks, led by Rudolph Beckmann a billionaire financier who is after the secrets of the laboratory that developed the nanotronic eyes.

Tony Thorne MBE is an Englishman, born and technically educated in London, England, as a Chartered Design Engineer. He lives in Austria in summer and the Canary Island of Tenerife in winter. Earlier in life he, wrote science-fiction and humorous stories, was an active SF Fan, and a spare time lecturer for the British Interplanetary Society. For developments in the field of low temperature (cryo)surgery instruments, and very high temperature processing furnaces for carbon fibre, the Queen awarded him an MBE. After many subsequent business adventures, including the development of AI computer software for business applications, he is now an author of quirky speculative fiction; mostly tall Science Fiction and Macabre tales.