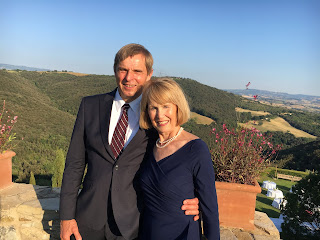 1. Tell me about, The Rainbow Vintner, and where you got your inspiration for it?

I wrote this political thriller when I was living in Bordeaux, France. The protagonist, Morgan Kenworthy, a student at Berkeley in California, is doing a semester abroad at the University of Bordeaux and gets involved in uncovering the 'whodunit' of a number of bombings targeting the far-left government in France. Is it jihadists or far-right militants who are carrying out these murderous acts? With the recent Charlie Hebdo and Bataclan events and other acts of terrorism, the story, of course, is very relevant.

The inspiration for Morgan was my wife, who had spent some time in Bordeaux years ago as a student. For the story line, it was the very unpopular Hollande government, coupled with the acts of terrorism and the rise of far right movements in France and elsewhere. I felt that these ingredients would make a good thriller, and it all clicked as I did some research into some of the nefarious activities of recent governments in France. The clincher was the story of the Rainbow Warrior, the Greenpeace ship that French agents blew up in New Zealand many years ago when it was protesting French nuclear testing in the South Pacific. But your readers will have to read the book to see how it all ties together.

Doing the research for it, I learned a lot about France, particularly the Mitterand era. Also about Greenpeace, New Zealand, explosives, terrorism, far right movements in Europe, wine, food etc.

3. If you could have one meal for the rest of your life what would it be?

Don’t laugh: poppy seed noodles. Anything with poppy seed: poppy seed strudel, poppy seed crepes, whatever. Ground poppy seed is a delicacy in Central Europe and it is served as a sweet dish, with sugar or honey added, raisins etc. I spent my early formative years in Budapest before my family escaped during the Hungarian Revolution, and I developed a passion for it.

4. Which do you use more often, dictionary or thesaurus?

Thesaurus. I find it a very useful tool, especially when I write poetry. Indispensible. Occasionally, a dictionary. Both though, in online versions.

5. Mountains or the beach?

I am partial to mountains. I love to go hiking in beautiful scenery. We’ve hiked in the Rockies, the Andes, the Himalayas the Alps and many lesser ranges. The changing vegetation and scenery is captivating.

6. What genre do you write in and what draws you into this genre?

I write in a number of different genres and I enjoy them all. Thrillers, because I love to weave a suspenseful story set in current or historical times. Memoirs, because I have been fortunate to be involved in some strange and “thriller-like” stories, starting with my family’s escape from Soviet-occupied Hungary in 1956. Poetry, because I love to play with language, paint pictures with words. Children’s storybooks, because I enjoy telling a fun story to future generations to broaden their imaginations.

7. Do you let a book stew – leave it for a month and then come back to it to edit?

I am often working on more than one writing project, so, yes, I will put work aside but mainly to get on with something else. I am always itching to get to the end of the story or poem, though, so it is never for long. Some breaks in my writing are imposed by travel and family related matters.

Probably, but for me, the book blurb is more important, and secondly reviews and ratings. But the story, and whether it grabs me, is key. Some of the best books have very boring covers.

9. What part of your writing time do you dedicate to marketing your book?

Too much. Probably now well more than fifty per cent. And it’s something I am not good particularly good at and don’t enjoy very much. Plus, it is never enough in terms of results.

Selling them myself at book fairs. I have no idea how much activity on social media sells but people tell me it does. Interviews, blogs help.

11. Have you written any other books that are not published? Do you intend to publish them?

I have another children’s storybook that I want to publish—HOW RUDOLF”S NOSE TURNED RED. It is ready to go but I do need an illustrator. I am old school though when it comes to children’s books—I was brought up on Hans Christian Andersen and the Grimm’s fairy tales, not “See Spot run”—so the style is a bit out of vogue right now. Even though it is a fun take off on “The Night Before Christmas”. I would like to find a publisher for it. If I don’t, I may self-publish it.

Right now, I am reworking some short stories I wrote many years ago for publication.

12. Do your characters seem to hijack the story or do you feel like you have the reins of the story?

I love it when they do, so I encourage them to. It always makes for a better story than the one I plotted out.

13. Are your characters based on real people or did they all come entirely from your imagination?

The characters in my memoirs are very real people, although necessarily as seen through the prism of my eyes. The ones in my thrillers are usually based at least in part on real people. 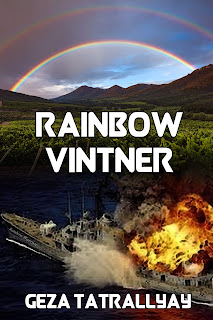 Morgan Kenworthy—a Berkeley student studying abroad and a guest of the de Carduzacs, family friends who have a chateau in St. Émilion in France—uncovers a coup against the government of France. Soon after she arrives, a bombing at the Brassault Aviation plant kills several ministers. The investigation, led by General Tolbert, the head of French intelligence and friend of Joseph de Carduzac, points to jihadists. However, clues Morgan unearths about Joseph’s past suggest that the two blew up the Greenpeace ship Rainbow Warrior in 1985 and committed other nefarious acts while serving President Mitterand. After another explosion, killing most of the cabinet, Tolbert announces that he is in charge. As General Tolbert suspects she knows about the plots, Morgan’s life and the life of her lover, Alex, Joseph’s stepson, are in danger. Morgan tries to leave Europe for the US but is thwarted, and Alex is captured by the general’s thugs. Now the two must rely on their wits, and their friends, for survival until they can convince the French Government who the real criminals are…

Born in Budapest, Hungary, Geza escaped with his family in 1956 during the Hungarian Revolution, immigrating to Canada the same year. He grew up in Toronto, attending the University of Toronto Schools, where he was School Captain. He graduated from Harvard University with a BA in Human Ecology in 1972 (after taking a break in his studies to work as a host in the Ontario Pavilion at Expo70 in Osaka, Japan). Geza was selected as a Rhodes Scholar from Ontario, attending Oxford University and graduating with a BA/MA in Human Sciences in 1974; he completed his studies with a MSc in Economics from London School of Economics and Politics in 1975. Geza represented Canada as an epée fencer in the 1976 Olympic Games in Montreal.