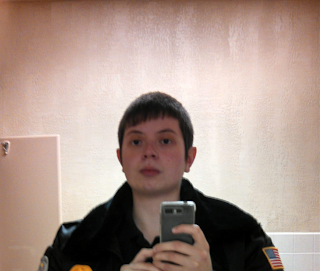 1. Tell me about your book, Children of the Outback, and where you got your inspiration for it?

Children of the Outback is a dystopian dark fantasy set in Australia. In the book, ordinary people live in the mostly urbanized New Australian Republic to the east of the legendary 4,000 mile long dog fence. Magic wielders have been exiled to the desolate Outback to the west of the fence and now call that territory home. For this book, I’ve been inspired by events from my own life, as well as found inspiration in different media (other books of the same or similar genre, movies, television shows, video games, etc.).

4. In what ways do you hold yourself back?

I suffer from a lot of social and general anxiety (as well as depression) so it’s very difficult for me to actually put my work out there and market it and set up different author events. I tend to feel like no one cares about my books and that I’m just annoying people by talking about them.

I’d lean more towards travelling to the past because I feel like I’ve made so many mistakes in my life and if I could go back in time maybe I could fix the mess I’ve made of my life. Also, maybe I could meet certain people earlier so I could have more time with them.

I feel that my books could truly help people, even if that help is just helping someone feel a little less alone in the world. I want to put these stories out there for others to enjoy. Even if these books only change the life of one person, that’s enough for me to count it as a success.

I write in different subgenres of fantasy (so far urban/paranormal fantasy and dystopian dark fantasy). I think what draws me to this genre is the endless possibilities. Literally, anything can happen in fantasy and the only limit is your own imagination. For me, writing fantasy is a kind of escape. No matter how hard or upsetting day to day life can be, I can always escape to this magical world where anything is possible.

8. Do you let a book stew – leave it for a month and then come back to it to edit?

I do all of my own editing so leaving my book for a month or so and then coming back to edit is one of the easiest and most effective ways to self edit.

10. What is the toughest criticism given to you as an author?

When I was in high school, I had a teacher tell me that I was writing a male character point of view wrong because the way I was writing it didn’t align with what the teacher believed. The teacher thought that I should write the point of view in a “more traditional sense” rather than as an individual character who was more perceptive to small details than the more traditional idea of what a male character would notice.

11. Anything you would like to say to your readers and fans?

First of all, thank you to anyone and everyone who has shown support on my journey to becoming a writer. Thank you for being a part of this journey with me and I hope you’ve enjoyed my books so far.

Most of my characters come entirely from my imagination. However, there are some who, to varying degrees, are based off of people from my life. Some of these characters are based only on looks, others on different personality traits or quirks, and others on some combination of both.

I’m a security guard at a hotel. 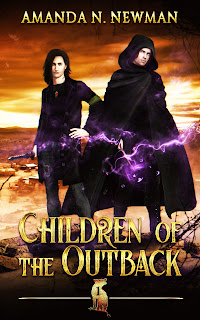 At twelve years old, Grace Walker, the only daughter of a government maintenance worker, was kidnapped by a gang of Bitzers and condemned to a lifetime of servitude in the Outback. Now, four years later, it is time for her slavery to begin, time for her witness the hell that a group of dark magic wielders known as the Dingoes created in the Outback. As the journey into her new life as a slave to "one of the most ruthless torturers in the Outback" starts to unfold, she begins to learn more about the Dingoes and is forced to take a good look at the life that was taken from her when she was kidnapped.

Amanda N. Newman, originally from Burlingham, New York, USA has been writing since she was a child. As a quiet person who didn't make friends easily, she found refuge in writing. Amanda enjoys writing and reading multiple sub-genres of fantasy for readers of varying ages. She currently has self-published two novels in paperback and ebook format.