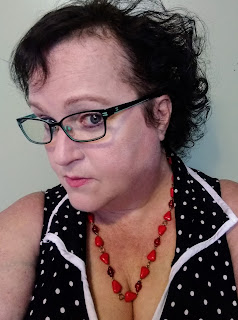 1. Tell me about your book, The Evolution of Jules, and where you got your inspiration for it?

Jules is based on the premise that some of the strongest and most resilient women are made from less than auspicious beginnings. Jules had awful childhood. My smart and beautiful adopted daughter is my source of information. Not that she was trafficked like Jules, but she had a very rough start in her early life, but found the fortitude to do amazing things and celebrate her own strengths.

I did research into human trafficking and slave auctions. It’s horrifying that this happens in the world.

Jennifer Lawrence would be a great Jules.

I work at a Police Department. I used to be a 911 Operator. I got pulled over in one jurisdiction for my headlight being out. Of course they run your plate/id, so all of my coworkers are having a good laugh. He let me go with a warning. We drove straight to Walmart and bought the bulb and damned if ANOTHER cop didn’t pull me over on my street. Of course he ran my name again. I got about a dozen text messages from my coworkers why thought it was hysterical.

5. If you could have one meal for the rest of your life what would it be?

Pizza. I am a pizza addict. Especially if it is a nice thin crust with bacon and mushrooms and a cup of blue cheese to dunk the crust in. Heavenly.

6. You’ve just been kidnapped and the people from the last TV Show/Movie you watched have to save you. Who is it?

Guys Grocery Game. I’m screwed, I guess. Unless he plans to distract them with the perfect burger full of roofies.

7. What is your best childhood memory?

Camping. I had a pretty normal “Wonder Years” childhood. On weekends, we would pack up our camper and head out to the closest State Park. I loved swimming in the lake and wading through the creek catching crawdads and exploring the hiking trails and catching fireflies. There’s nothing better than cooking dinner over a campfire and topping it off with flaming roasted marshmallows before you fall asleep to the sounds of crickets.

8. If you could travel anywhere, where would you go and why?

My dream vacation is Easter Island. It’s remote and ancient and mysterious. No cars, limited cell phone and internet, just a world full of secrets.

9. What was your most defining moment in life?

I held my mother’s hand when she passed away. Even as an adult, I relied on her for advice and support. She was sick for a very long time but never lost her positive attitude. It was the first time I truly felt like I was alone even though there were people surrounding me.

It’s funny you should ask. The running joke is that the zombies will get me when I stop to pick up my Chihuahua, who I take everywhere with me. That may be true, but if the two of us survive we’re going to make it on the water. Either an island, a boat or a stilt house. There will be plenty of fish, I’ll just need to go inland for drinking water.

11. What genre do you write in and what draws you into this genre?

I am exploring all sorts of Romance related genres right now. I started an EOTWAWKI which I hope to finish before summer. It turned into a Reverse Harem book. I think love and sex are a big part of life and they seem to always end up in my writing.

Yes! I get an idea and start it, then I let it go for a while when I run out of steam. When I pick it back up, I have almost a fresh set of eyes. I would say that I have about nine WIPs right now.

13. Do you think the cover plays an important part in the buying process?

Yes! We are all guilty of judging a book by its cover. I have actually read and reviewed a few ZERO review books from Amazon. I found one or two that were really good stories but covered with awful homemade junk.

14. Have you written any other books that are not published? Do you intend to publish them?

15. What has your experience been like as a new Indie Author? Bruises, Highlights, and lessons?

BIG LESSONS! I trusted an editor/proofreader/formatter that I found on Fiverr. The version of Jules that went up first was a hot mess of mistakes and badly formatted. I was heartbroken when the reviews came out, then I downloaded and read it for myself. I pulled it and started all over again. It was a rookie mistake to trust a bargain. I had a similar issue with a cover artist. Now I have a great who, coincidentally, is on fiverr.

16. Do your characters seem to hijack the story or do you feel like you have the reigns of the story?

My characters hijack the story. I create interesting broken people and let them meet. The rest is up to them. 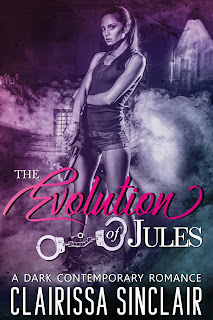 Betsy begins her life on the run from a father she never knew with a mother who supports them as a stripper and numbs her pain with pills and cheap liquor. Her brother, James, is her only friend and her protector as they move around from slum to slum in an effort to stay anonymous. James eventually follows in his mother's footsteps, his addictions leading to debts that he can't pay back on his own.

Betsy is sold the first time to the ruthless and cold Anthony Henderson, who uses her submissive nature and burning desire to be loved against her. Betsy is no more, under his control. She's evolved into Pink Kitty # 462, the perfect slave and highlight of the Henderson's auction.

Her new master educates her, dresses her, feeds her and trains her to be the beautiful puppet wife he desires and she despises.

What happens next when his enemies take him prisoner, and she is left on her own? For the first time in her life, she gets to make her own choices and find her own fate. Changing her name to Jules, she leaves the anguish of her submissive past and her previous identities behind, and forges ahead as her individual person, in search of a new life with a chance of love.

Clairissa SinClair lives on the beautiful Nature Coast of Western Florida with the Gulf of Mexico in her backyard. She has four strong and amazing daughters who have flown the nest, leaving her with two tiny Chihuahuas and a passion for collecting Fiestware. By day she works at the local Police Department processing crime reports and citations, and on the weekends, she loves flea markets, estate sales and refinishing ugly furniture.