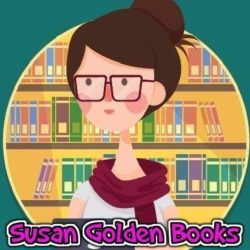 1. Tell me about your book, All That’s Hidden, and where you got your inspiration for it?

All That’s Hidden is book two in the Sugar Shack series. Catnapped is book 1. I never really aspired to writing a novel. I actually didn’t consider myself very creative. I love Janet Evanovich’s series with Stephanie Plum. I waited anxiously for every new one. I was tickled by her whimsy and taking most things up to the line of absurdity. After I retired, in one of the longer lulls between Evanovich novels, I wondered if I could write something that was fun and quirky. I wrote daily in my professional life – factual, newspaper-style things. I was confortable with words, but wasn’t sure I could pull off plot. But I love animals and thought that would be something I could expand upon. Catnapped just happened. It was much easier to come up with plot than I imagined and I enjoyed the writing process. So, All That’s Hidden just picks up in the lives of Jennifer and Ryan where Catnapped left off. My career was in intelligence, so it wasn’t hard to weave in a little from that life to give the story some mystery. In All That’s Hidden, Jennifer is setting up a doggy day care center and encounters some odd and slightly disturbing incidents in the process. This leads to a discovery that plunges the pair into the world of international intrigue. There’s romance, of course, a newly-blooming marriage that runs a bit off course. Throughout it all, the things that are hidden become exposed.

2. Which do you use more often, dictionary or thesaurus?

Thesaurus. I like the flow and rhythm of words in a story. How it sounds is almost as important as what it says. The English language is rich and colorful and there is almost always the perfect word for what you want to say. I think specificity in language is important and I think saying what you want to convey in the fewest words possible is generally a good idea. So, I use a lot of different words. I don’t consider them fluffy or pretentious. They are not what I would say are words most people do not know, but they are, at times, words people would not immediately call to mind. Many would say romance is not especially enlightening reading – the comic book of novel genres, but reading is reading and just because the story is fun and light and may have an unrealistic end doesn’t mean that the reader doesn’t deserve a quality work that broadens horizons and strengthens vocabulary.

I grew up in Florida. So, for me, it’s the beach, although I live in the mountains because my husband hates the heat. The ocean has always had a special fascination for me. I love to go to aquariums and could spend hours just watching all the various creatures. I had thought when I was young that I wanted to be a marine biologist. Seems dissecting critters was not for me, so I opted for dissecting minds instead and pursued psychology.

4. If you could travel anywhere, where would you go and why?

Galapagos Islands. I love animals and going to a place where the animals have no fear of man would be amazing.

I’m going to flip this a little and tell you what love feels like to me. I hope I capture this in my novels. Love is warm and snuggly, like a soft blanket that wraps itself around you. It is fun and light, it floats in the air and takes people with it. It is the font of great emotions, both joyful and sorrowful. It can fill you up or leave you empty. It can move you to great gestures or leave you paralyzed. It is endless in the ways it shows itself and it is most skillful in burrowing deep into hidden recesses. It is the best of muses. Infinite in its possibilities.

6. If you could time travel, would you go to the past or the future?

Time travel – the ultimate research tool. I would love to travel back in time to find the answers to some of the great unanswered questions: Was there an Atlantis? How did the Egyptians build the pyramids? But what has been cannot be changed and so much is known. The future is all promise and potential. People can speculate about its course, but to see even a small sliver of what awaits us all would be thrilling.

I write romance and I’ve dabbled in several subgenres – contemporary, fantasy, sci-fi, historical. I find the exploration of interactions to be compelling. As a psychologist, I look to provide the insight not into just what is happening, but the thoughts and emotions of the characters that allows the reader to put themselves in the characters’ shoes. And in the end – who doesn’t like a happily ever after?

I write when I want to write. So far, that’s resulted in about two books a year, so I guess that works. I do tend to write in some fairly unusual places. I wrote a good deal of my first book in the back seat of our car as we travelled up and down and across the country. Headphones, ear plugs, white noise machine and my computer. Have novel will travel. I’m retired, so I have the luxury of writing when and if I feel like it. I write fairly quickly and 30 years of writing for work has made me a fairly clean writer as well. I edit and reread as I go. Not the recommended approach. I’m too old to change and it works for me. I don’t always plan. My first novel had an outline that would have fit on a post-it note. I’ve moved to being a bit more organized as each novel has come to fruition. But in all cases, I generally don’t sit down to write until I have the next scene firmly in my head. I’ve probably “rehearsed” it a few times in my head as well. But my characters always surprise me. They often say clever things I had not planned on when given their voice.

I am currently working on novel number nine. I have self-published two as I mentioned. Another one – novel number four has been shopped around to traditional publishers without success – so far. Novel number 8 is a historical romance that is in the final editing stage and I am planning on seeking a traditional publisher. The plan for 2020 is to get as many of those other novels out as I can. The writing is the easy part. Polishing your work to a professional level takes time. But I do want people to read and hopefully enjoy my stories and my characters.

10. Anything you would like to say to your readers and fans?

I aim for stories that will make you fall in love along with the characters. I attempt to create characters that are relatable, vulnerable, and flawed. For most of my stories, the greatest obstacles that any character needs to overcome are the ones they have erected inside themselves. Some characters are quirky, some swoon-worthy, others spunky, most clever and witty, and hopefully all of them real. There cannot be a good novel without a solid plot – something needs to happen. But I firmly believe that it is the characters that hold the reader’s attention the most. Is there anything I’ve left out that you’d like to talk about? I’ve had a blog for over a year now – Mental Maze: A Blog for Writers from a Psychologist’s Perspective. I post about once a month and attempt to address in an expansive way issues that I have seen come up on Facebook writers’ groups, etc which have a strong psychological component. So far, I’ve addressed issues such as writer’s block, motivation for both characters and the author, how to use some accessible psychological profile tools to build a multi-dimensional character, why names hold such importance in the mind of an author, and the curse of perfectionism, to name a few. As noted in the title, this is a blog intended for writers in particular. It is a small contribution to lending support to all those aspiring authors out there. Writing is a singular activity, but it cannot thrive in isolation. It requires a community willing to offer constructive criticism or substantive expertise. I have been lucky to find people to support me. Hopefully the posts in the blog reciprocate that valuable assistance and are a small step in paying it forward. 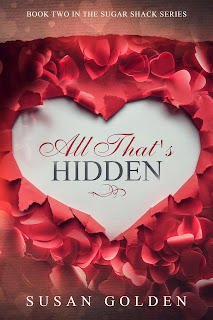 Pet sitter turned entrepreneur, Jennifer Albright thinks she has it all: an expanding business, a new, blissful marriage to a very sexy husband, a dog named Rupert that people frequently think is a bear, and a parrot named Sugar that Jennifer’s pretty sure is psychic. But her idyllic life begins to unravel when a series of creepy incidents threatens to sabotage the launch of her doggie daycare center, and the discovery of a hidden treasure thrusts her into the world of federal agents and international thievery. The chaos soon spills over onto her home life and Jennifer reluctantly begins to suspect that her seemingly perfect, unbelievably supportive husband is hiding something from her. There’s just so much that doesn’t add up.

Tech-mogul Ryan has found the love of his life in his adorable new bride, Jennifer. But trouble seems to follow her like a basset hound. When one strange twist of events offers Ryan an opportunity he feels he can’t pass up, he unknowingly launches himself down the road of suspicion and mistrust. But he’s got this covered. She doesn’t suspect a thing.

Susan Golden is a retired federal employee, a psychologist, and a mother of one human daughter and a long string of delightful fur babies. She has lived and traveled overseas and across the United States, meeting and working with people from many walks of life. Those experiences have fostered a deep appreciation for the hidden qualities in people, the strength that lies in commitment, and the absurdity that exists all around us