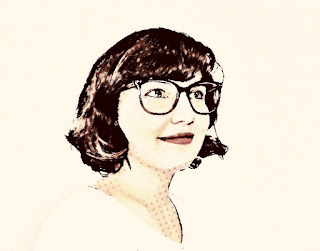 1. Tell me about your book, The Trapping, and where you got your inspiration for it?

A recent World War 2 veteran is driving though a little town when his car breaks down. He finds himself staying at the only inn nearby where he is forced to deal with his demons – as well as a human variety that would use them against him.

I began the book to creatively demonstrate how easy it is to fall into manipulative and abusive situations. I’ve found often that men have a harder time understanding why victims don’t leave, which is why I reversed the typical gender roles. As I wrote, Walter Higgins took on a life of his own. I’ve practically wept over this guy.

2. If you could have one meal for the rest of your life what would it be?

Mountains. There is a unique thrill to a mountain view. It refreshes the soul.

A good, uninhibited hug. Someone is just hugging you without a thought to when they’re going to let you go. It communicates to the hugged that they are the most important thing in the world right now.

5. If you could get away with a crime, would you? If yes, what would it be?

Only if it was a Robin Hood type of situation. I think I would help improve the lives of the Cuban people. Smuggle them food, medical supplies, coffee…

6. In what ways do you hold yourself back?

I can be over the top with my expressiveness. Not kidding – I can scare people. But it’s also a trait that helps me find real friends who are willing to put up with my weird.

If I could gain the excuse to write all the time – because it’s my full-time-job – I would be so happy.

Historical Thriller/Horror. History intrigues me because it’s always mysterious. We know bits and pieces, but can we really ever know the people – their loves and fears? When you think about it – the world we’re on has been entirely peopled, over and over again, with generations that are no longer here. We can’t ask them what they thought or how they felt. We have to rely on whatever they decided was important to communicate to others at the time.

I want to bring their humanness to life with my work. I want to see their day to day, as well as understand how they processed the horrible things they often had to endure.

I do think it plays an important part because I know it does for me - unless I already know that I want to read a particular book. The title and cover totally influence whether I’m going to pick up an unknown book or not.

11. Have you written any other books that are not published? Do you intend to publish them?

Oh, yes, I wrote a science fiction novel between the ages of 11 and 17. It was monstrous, disjointed and I loved it so much. But it’s never getting published. I mean I started it when I was 11.

A resounding yes! Once you begin to know them, they stop being your creation and begin to speak and act in ways that are right for them. Sometimes that leads to scenarios playing out that you hadn’t considered before and as the author you’re left throwing up your hands and saying “Ok, I guess that’s happening now!”

It’s more of a very, very early job. I’m an online ESL teacher so I teach kids English on the other side of the world – which means that I’m up way before dawn. But I love it. I love seeing those little faces light up.

Gene Wilder. I hate him with a passion. He’s dumb and macho and annoying. I hated writing his stupid dialogue. 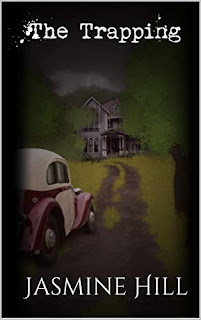 Walter Higgins is trying to get his life together after serving in the Navy during the second world war. But this story has nothing to do with that. This is the story of a detour – an inn that anyone would idealize, and nobody would visit. Whether or not Walter comes out again whole is for his story to tell.
BUY

Jasmine Hill is a perpetual writer – always searching for the creepy, weird and real stories everywhere. She has the sweetest, sounding board of a husband, two wonderful children, two rescue dogs and a rescue cat without a tail. Jasmine wakes up way before dawn to teach English to Chinese children in China, but no, she doesn’t speak Chinese.