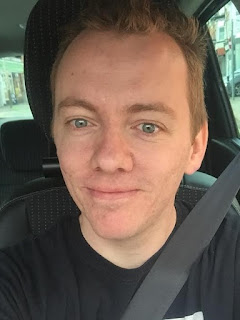 1. Tell me about your book, Mother, Dearest, and where you got your inspiration for it?

Mother, Dearest is my debut novel. I’d been writing comic books for a long time but had always wanted to write novels too and just started writing down ideas and it spread from there. My novel is an urban fantasy with hints of horror and psychological thriller threading through it. One of the nicest things someone has said about it was that they compared it to Neil Gaiman’s American Gods and the television series Carnival Row.

Basically, the main story was going to be one about a haunting but when I started writing it, I found it just wasn’t flowing. Then, while listening to the soundtrack for the first The Crow movie, an idea hit me. I thought what if the world the main character lived in, wasn’t as black and white as he’d originally thought? That’s when I began building the world and the characters up, making them seem human but also seem different at the same time with some of them being old deities and some being creatures based on the fairy tales I was read as a kid.

The major thing I did learn was that while it’s all well and good reading ‘how to write’ help books and websites, you have to find your own that suits you. The way I write, I always do the first draft as a stream of consciousness so to speak and then edit and mould it in to a story afterwards, may seem completely alien to a different writer but it works very well for me. My advice would be simply to just take as much advice as you can but always try to find your own way.

It rather depends on who you see as the lead character really. Some have said Naz is and if I was to choose him then I’d love to see someone such as Paterson Joseph be cast as him.

4. In what ways do you hold yourself back?

My depression, anxiety and general mental health problems still hold me back now but thanks to my wife, my son and my friends, as well as my amazing therapist Vic from Alma House, I’ve worked really hard on that. Now I’ve got a little girl on the way, a novel doing well on Amazon and I’m having the time of my life with the Elevation Wrestling group I’m in.

I would go back in to the past and spend more time with my late father but also try to convince younger me that yes, some really bad things will happen to you during life but that you’ll be OK.

It may sound strange but I don’t write in order to make tons of money from the books I write. I write because I like to tell stories and want people to read them. I won’t lie, it is a great feeling when someone buys my book, especially if it’s a stranger but to me, success as a writer is if a person has read the story and enjoyed it.

I’ve taken a leaf out of Neil Gaiman’s play book so to speak and write in a variety of genres as I don’t want to end up only writing one style and becoming lazy. Mother, Dearest is an urban fantasy but also has it’s fingers in psychological thrillers as well as a hint of horror too. The next novel I’m working on is called Time to Burn and is a science fiction novel. If that one goes well, my third is called Morbid Detection and is a detective thriller. I never have just one story on the go, I always like to write as much as I can.

I’m drawn to those genres the most because it’s genuinely what excites me as a reader. They’re the ones with the most scope for being truly different.

I am already collaborating on my next book with a new author named Golda Evans. She had this brilliant idea for a science fiction story and we brainstormed it with a view to it being one of our comic book releases under the Dark Pond Creations label but there were so many ideas for it, we changed course and started writing Time to Burn as a novel instead. It’s certainly been a new experience but one that I’ve very much enjoyed.

A large part, especially in the fantasy genre. I want to see something different or eye catching not one of the hundreds of fantasy covers with really badly photoshopped people with their tops off. Once you’ve seen one of those, you’ve seen them all. My cover is stark white writing over a picture of manipulated blood as blood plays an important part of the story. A couple of the sales have come from people that picked it up thinking that the cover was unusual and ended up buying the book.

For me, as much as I post about Mother, Dearest and I post a lot, it’s been word of mouth that has been the most effective. A lot of my sales have come from someone saying a friend had seen the synopsis and thought they’d like it. That gives me, as an author, a really good feeling.

11. What are your thoughts on good/bad reviews?

They’re both useful as long as they’re constructive. If you’re leaving a bad review because you like the person, then what’s the point in that? It’s just little more than someone being mean for the sake of a quick laugh. It’s kind of the same with good reviews, if you’re giving one just because you like the person then how will the author improve? On the positive side, if the reviews are constructive then you can learn so much from them.

100% yes. Like I mentioned earlier, Mother Dearest was originally just going to be a horror story about a man being haunted by his abusive mother but it turned in to something completely and utterly different, ending up as an urban fantasy with fairy tale creatures, angels and more. It was a fun ride.

13. What is the toughest criticism given to you as an author?

The toughest was actually from my English teacher when I was growing up. I had said I wanted to be an author and not only did he say I wasn’t good enough but he also said that nobody would read stories that someone with mental health issues had written. Luckily, when I left his class and went to the next one, I met a lovely teacher called Mrs Shepherd and she not only fostered my love of reading and writing but also helped me learn to write in a better way.

14. Anything you would like to say to your readers and fans?

I would say thank you but I’m not sure that’s really enough. People have really taken a chance on me, an unproven novelist, and fallen in love with my book. It’s been so amazing that it really seems to have struck a chord with so many people, especially with my LGBTQ+ readers as I’ve got characters that identify as such but, their identity isn’t their character. Being gay or bisexual etc isn’t their character, it’s just who they are and their character comes from their personality, which is how all characters should be.

15. Do you have a day job in addition to being a writer? If so, what do you do during the day?

My full time job is as a pewtersmith where I make jewellery/goblets and all manner of things but I also am an aspiring wrestler with a promotion called Elevation Wrestling where I also referee on their shows. I like to keep my life quite varied.

16. What character in your book are you least likely to get along with?

Naz and Satara are my favourite characters that I’ve written as I like to think they’re mirror images of each other. That said, I don’t think I’d get on with Michael as he’s, without giving anything away, really not a nice person. 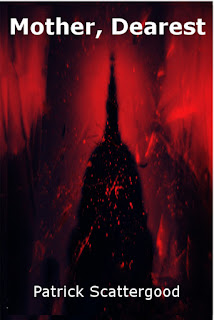 Naz's mother is dead and he couldn't be happier.

So why can he still hear her voice berating him at every turn?

Why is he having visions of himself dying in different ways?

Why can he see creatures that shouldn't exist anywhere other than in fairytales?

And most importantly, why are they all telling him that the end of the world is coming sooner rather than later?
BUY

Patrick is a Leicester, England based author and most known for the award-winning anthology comic series Flesh Tones, which he released under the Dark Pond Creations banner.